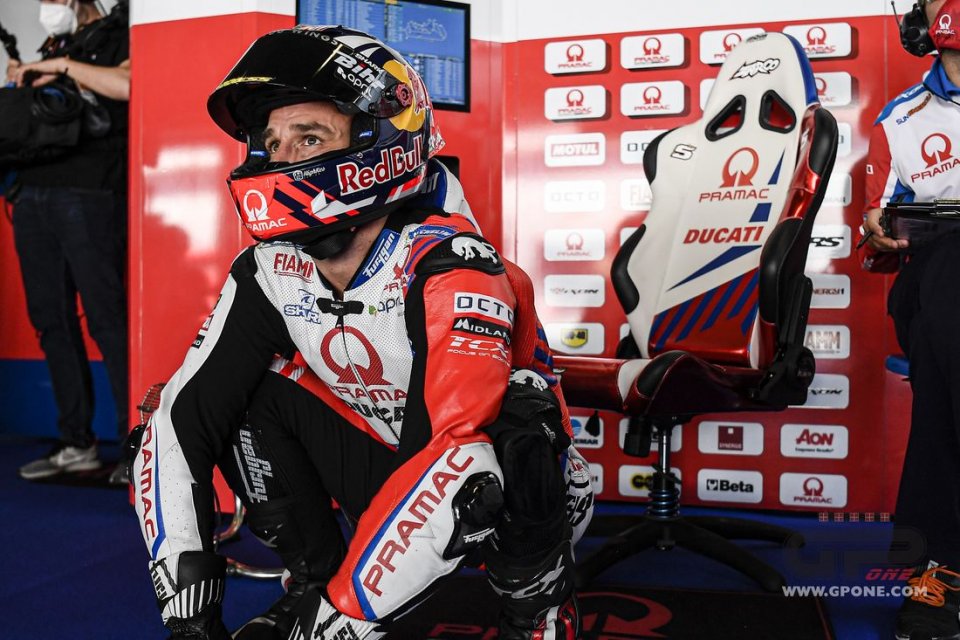 Portimão was a shock for Johann Zarco: he arrived in Portugal at the head of the championship but then fell in the final stages of the race. “I had a slight problem with the seamless. I downshifted two gears instead of one, so the engine braked harder and, with a leaning bike, I couldn’t do anything to save myself, ” the Pramac rider explained. But, starting tomorrow, they’ll have time and a way to make up for it on a track, Jerez, which no longer seems to be a bad dream for Ducati.

“We all know this circuit well, and we know it’s difficult to use the Desmosedici’s potential in the straight, but my confidence is high thanks to Bagnaia’s performance here last year,” the French rider observed. “I know that, if I fix a couple of things in riding, I’ll be able to fight for the podium, even the victory, if everything is perfect.”

Like he said, Pecco is his point of reference right now.

“Jerez is one of the tracks with the lowest maximum speeds, which means that we can’t make up on the straight what we lose in other areas,” Zarco continued. “Also, on circuits like this, finding the right cornering sensations with the Ducati can be difficult sometimes. But Bagnaia proved that you can be fast even on narrow or guided tracks, like Jerez, but also Portimão and Misano. I just have to find the right automatisms in riding. Those allow you to think less and go faster. In Qatar, with more time to adjust the bike, I had demonstrated that I could get on the podium, and I was close in Portimão too, before I fell.”