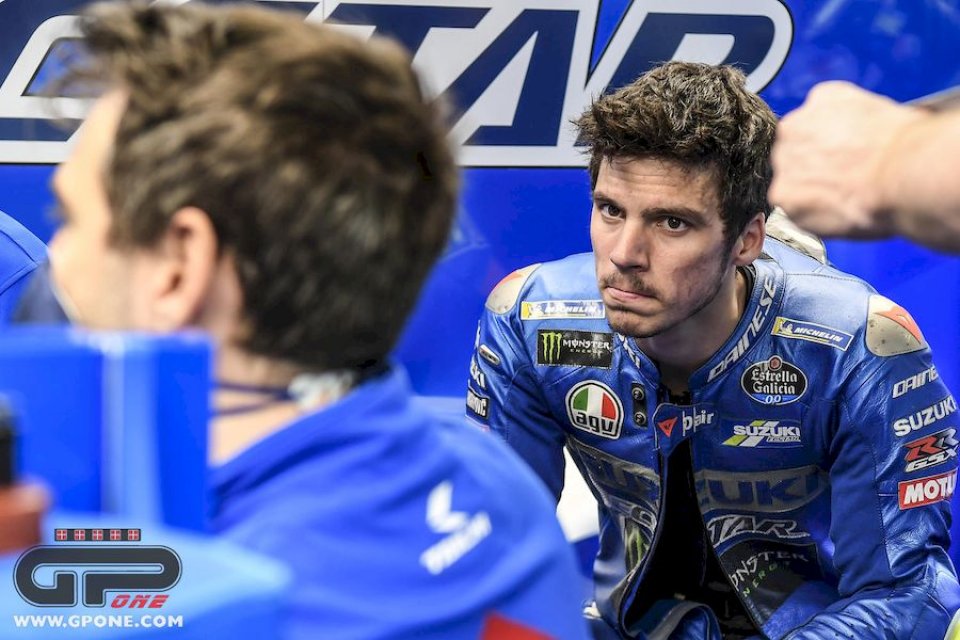 It was a rather complicated first day for world champion Joan Mir on the Jerez track. The Suzuki rider finished Friday in 13th position after losing part of FP1 this morning due to an electronic problem. The gap from the leaders is big: more than eight tenths of a second from Pecco Bagnaia and, as we mentioned on the eve of the GP, the Jerez race is important to keep up with the leaders and prevent his rivals from breaking away. How did the day go?

"I had some problems with the electronics of the bike at the start of the morning - said Mir - The anti-wheeling didn't work well, I did two exits but I couldn’t understand why. In the end, they managed to fix everything in the garage because it was a minor problem, probably just a mistake. Then, after getting back on track, I did a lot of laps on the same medium tyre and I felt good ”.

FP2, on the other hand, did not produce the expected result, is that correct?

“I started the afternoon with the tyres used in the morning and everything was fine. I think the lower temperatures than last year can help us, I feel better. But then I put on the soft tyre and I had a problem ”.

"It's something that has already happened this season, I would say once every weekend, if not more. It is very frustrating because you work on used tyres and when you put on the new one you don't improve. This means that today's position is not realistic compared to what we saw on the track ”.

What kind of problem did you have?

“I'm not happy with the right-hand turns, which is not the case with used tyres. It's a hard thing to control but I hope we can fix it because it really makes me angry. Anyway, I don't want to talk too much about it because I don't think it's the right way to tackle the problem ”.

Tomorrow in FP3 you will have to try to qualify for Q2, does that bother you?

"I have to improve tomorrow, it's true, but I don't want to think too much about a possible Q1. Today the truth is that I had a problem that slowed me down, I don't think I would have improved a second and a half but a second would have been enough to be in the top 5 ”.

Alex Rins: "I had an electronic problem, fortunately not with the engine"

One rider who is smiling a little more is Alex Rins who finished his day in eighth position, and therefore among the riders who will not have to face Q1 at the moment. What sort of day was it?

"Certainly different from how we had programmed it - said Rins - In FP1 we had a problem that seemed to come from the engine but then it turned out to be with the electronics. Knowing this was a relief because with the few engines available, changing one would have been complicated ”.

You showed that you can lap at a good pace with used tyres but Quartararo has indicated Aleix Espargarò and Franco Morbidelli as the most dangerous rivals for the race, do you agree with him?

“I would also add Bradl because, just like Aleix Espargarò, he has done a lot of tests here in Jerez and has more experience and data available”.

Have you already chosen the tyre for Sunday's race? Do you expect a drop?

“I think there will be a major drop during the race. The choice will depend on the temperature, many riders will use a double medium”.