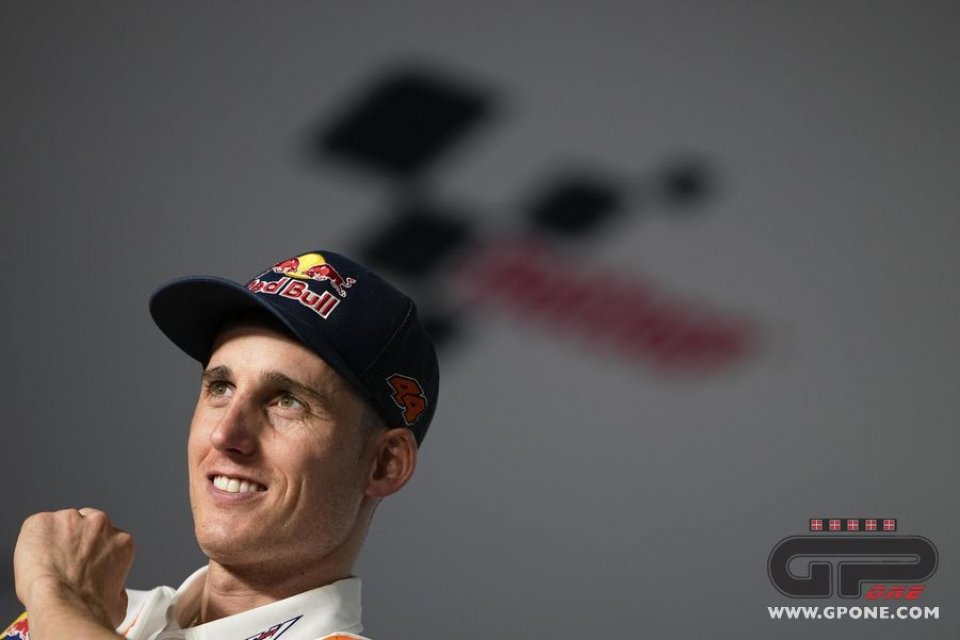 With Thursday dedicated to the media, the weekend of the Spanish Grand Prix begins today. In the previous GP Pol Espargaró saw that teammate Marc Marquez finished seventh after a 265 day stop. The Spaniard, on the other hand, was the protagonist of a crash in the first laps of the Portuguese Grand Prix and finished with zero points. Rider #44, however, said that he was not bothered about Marquez's results and that he was relaxed on his RC213V in view of a friendly circuit like Jerez.

"When there is a very fast rider, everyone is under pressure - said Pol - At the end my pressure does not change because Marc is doing better or worse results. I think the one who is putting pressure on myself is me. I’m just pushing myself in every session and I know when I’m fast and when I’m slow. I don’t need Marc at my side to say to me or to show to me what I’m doing good or what I’m doing wrong. My pressure does not change based on his results but based on mine ”.

Two years ago, Pecco also completed some very good pre-season tests. You did the same but now you are experiencing several problems.

“It’s true that in the pre-season the test has been very good. I felt everything perfect in the pre-season, not motorbike wise, but in track wise. The second test in Qatar was very good, the track was very constant conditions. What happened in Qatar was the track was changing a lot with the rubber from Dunlop, plus the hot and the cold. So, the changing conditions on track was making me make a lot of mistakes. Then we moved to Portimao, FP1 was mixed, then FP2 we started to be fast. We didn’t have a full dry session to match all the sessions and work with the bike. What I’m missing is a place like Jerez, with constant conditions, constant weather, a place where I know. It’s been three races but in two circuits, but these two circuits have been very difficult for me and Honda.”

Here in Jerez, the choice of the front tyre will be fundamental. Some bikes, like the Honda and the Ducati, use the front a lot to brake. Do you think it will be difficult?

"The situation is a bit strange. Behind we have the soft tyre used last year but now there are 30 degrees less on the track, which is much less. Today at noon it was about 20° while last year it was 50°. At the rear it's fine for these conditions, but we have a hard tyre up front! We need to understand because, as the asphalt will have a very low temperature, it is dangerous. It is not a question of the team but of safety. It's a difficult situation and I don't understand some choices but we'll see tomorrow "

We know that Michelin has asked not to change the choice of tyres during this season for reasons related to the situation. They bring different tyres every weekend, but not their compound, do you think this is strange?

“I know that they are working for maximum performance but the first thing is safety. They don't want to bring new tyres but here they proposed the hard ones. The smartest thing to do might be to propose four types of tyres at the start of the year, as they do. Then depending on the weather conditions you choose. The tyres you don't use can be taken for another race for sure. This situation should be approached with a different strategy. In my opinion, even if I hope not, here in Jerez there will be a lot of crashes ”.

Have you talked to anyone about your feelings?

"Tomorrow the Safety Commission will be held and we will talk with the Michelin guys, I think they will give us the reasons why they offered these tyres instead of last year's".

What do you think of the question of the public in the stands also compared to what happens in the stadiums?

“Football is the number one sport in the world and for sure they use a different safety method. What is certain is that in the case of circuits I am in favour. I am not a denier and I am in favour of vaccination, I am in favour of everything necessary to control the pandemic. A circuit has suitable characteristics, there are different entrances and this could help to get people in. You could create different time slots, there are many ways to do it. There are many stands so a certain percentage of the public could be admitted, I think it is more a question of organization than safety for Covid. I would very much like the spectators to be present in my home Grand Prix in Barcelona ”.