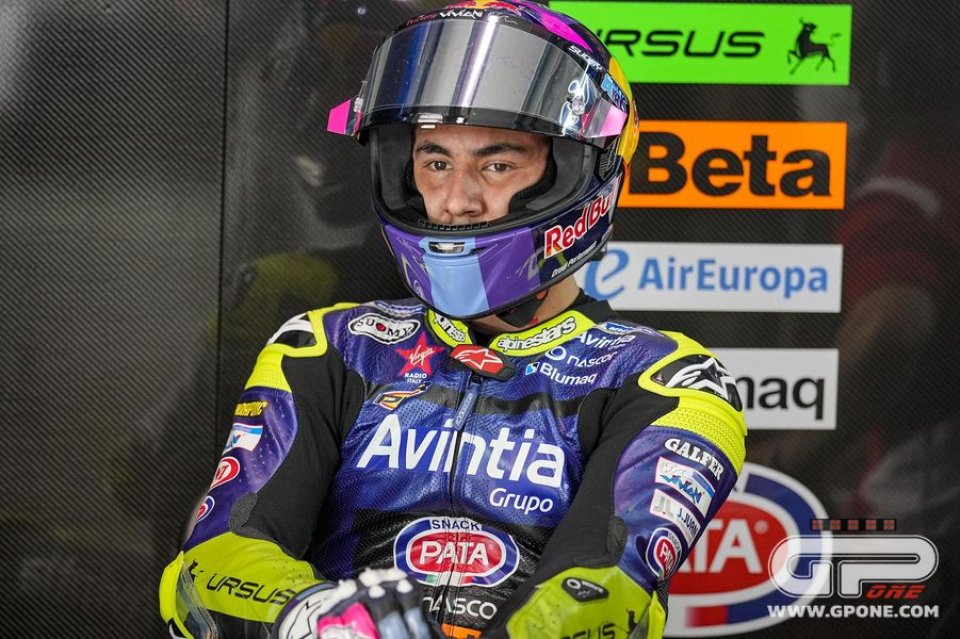 After the official news of the VR46 MotoGP team from 2022, the search for possible team riders from 2022 is now underway. Enea Bastianini has found himself in the middle of the chat for obvious reasons. The Avintia Racing rider said that he had nothing to do with the matter at the moment but was convinced that he can continue his path in the premier class with Ducati.

“The strategy for this weekend will be to be fast in every session - declared Enea - in Portugal the first few laps were not the best for me. In the first part of the race I was in trouble with the new tyres, especially with the rear. Even the start didn’t come off very well for me. I have to work on these areas for the race, however after ten laps I start to be competitive and I can finish among the top guys ”.

After the news about VR46 in MotoGP, what do you think is your position for next year?

“I don't know, it's hard to say at the moment. VR46 and also Gresini are close to Ducati and I don't know what my position is for the future, we'll see. I think that in one or two races everything will be more defined ”.

Do you think you could have a contract with a more advanced-spec Ducati?

"I don’t know. I think I can continue with Ducati even if I don't know which team. I really like this bike and I think my future is with it. At the moment I just don't know ”.

You have a contract directly with Ducati, do you think you can continue to stay with the team even if Valentino is in contact with them next year? Are you worried?

“It's still early but I'm pretty calm. Obviously I will evaluate more options but the goal is to continue with Ducati ".

What do you think of Jerez? Is it a favourable track?

“It's a particular track where making a difference is difficult, you have to be really in good shape. Last year with Moto2 I had a first race where I didn’t shine while in the second there was a margin. I think we’ll have to see everything and work well. Qualifying will be difficult, doing it well means being halfway there ".