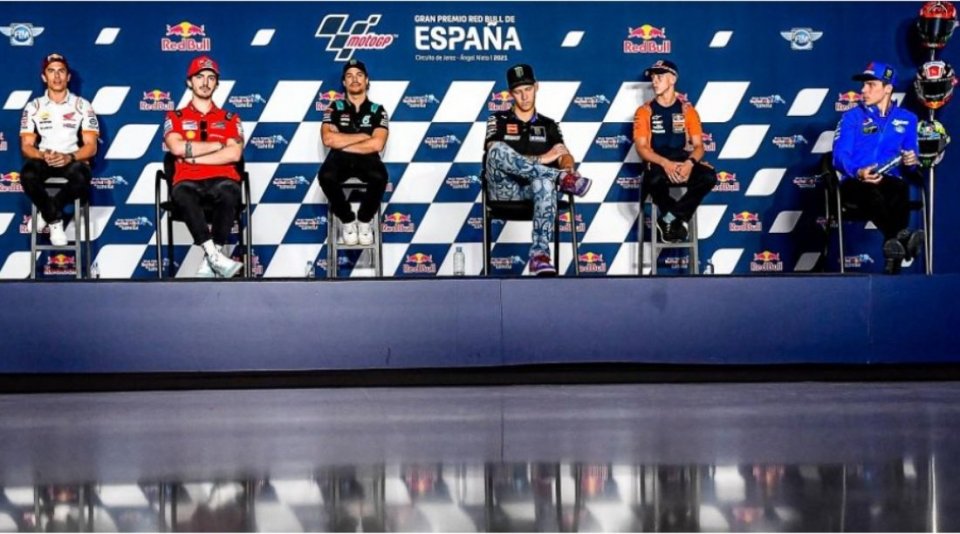 Acosta the phenomenon. At just 16 years old, the Moto3 rookie has had a terrific impact in the category after scoring two wins in the first two races. Raise your hand anyone who would have ever imagined such a debut by the youngster from Mazarron.

Acosta spoke at the press conference on the eve together with the big names in the premier class:

"I didn't think I would start like this - he commented - I had a good winter season, but I would never have thought of starting this way. If I am here it is because we are working well, but we have to keep working. I was nervous before going into the conference today with all the MotoGP riders. My idols are Kevin Schwantz, but also Marquez. All the riders who are here in the press room and race in the World Championship are to be respected ”.

Acosta quoted Marquez, with whom he spoke a few minutes before the conference, who said: "I already spoke with him before and his riding style is good, his talent is good, he's fast and this is obvious from the results! I said to him: forget about everything, enjoy it now, you're a young talented kid. Now is the time to enjoy it is my advice to him. He'll have time to put pressure on himself and apart from that, also congrats because he's riding amazingly and he will arrive soon! I'll try to be there but he'll arrive soon competing with us! Pedro is 16, let's let him ride. I say this because in recent years we have lost so many riders by putting unnecessary pressure on them. "

Fabio Quartararo then also said: “He must not make the same mistake as me - explained the Frenchman - he must remove the pressure of the media and enjoy the moment. He doesn't have to worry too much about his future now, like racing in Moto2 or MotoGP, but focus only on the present”.

Franco Morbidelli was also impressed: “Acosta has something different than everyone else, he doesn't seem to be 16. I have never seen anything like this to date. As for his future, he will have to keep his feet on the ground, then he will know when it is time to make the various category jumps, because it is something that you feel inside ”.

Regarding the youngster, Mir also expressed his opinion: "Acosta must be intelligent now, he must not be in a hurry. I advise him to do at least two seasons in each category, avoiding thinking too much about jumps in the other classes, given that we are only in the fourth race of the World Championship ". Pecco Bagnaia also shared the same opinion as the world champion.