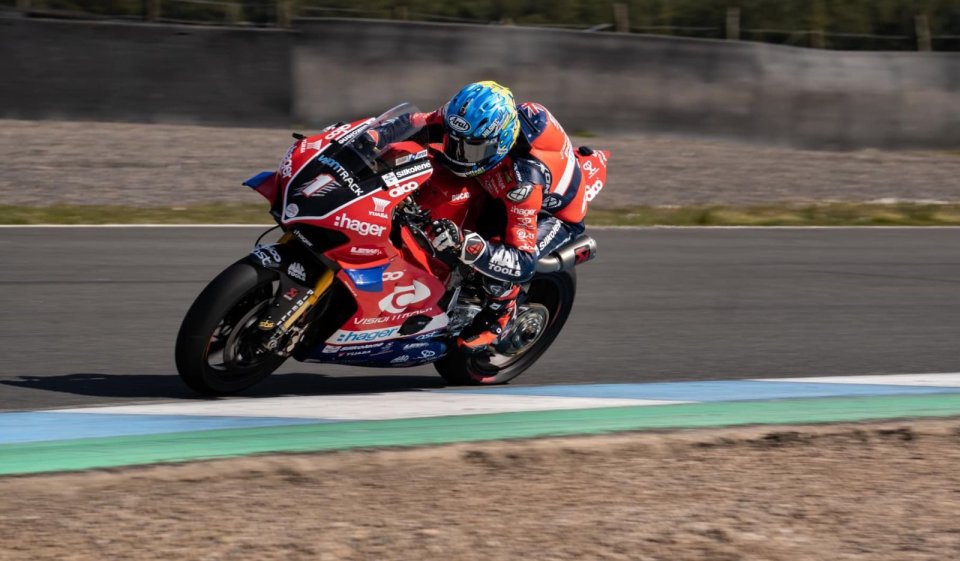 After a long winter break, in some ways unusual, British Superbike is finally back in action for the first pre-season tests. Organized by promoter MSVR and defined as the "BSB Test Tour", four sessions spread over as many circuits, riders and teams from the land of Albion will have the opportunity to dial themselves in and refine the set-up of their bikes starting tomorrow. Two days of testing will be held on the Silverstone 'National' layout in view of the seasonal debut scheduled for 25-27 June next.

The action on the circuit located on the Northants-Bucks border represents the first test of 2021, as well as a direct confrontation between the usual protagonists of the top class of the UK domestic championship. In full compliance with the directives in force, which prohibited the use of motorcycles in BSB configuration from 1 January to 12 April, last week some teams finally raised the curtain on their season. The VisionTrack PBM Ducati Team (the favourites) completed a day of testing at Knockhill, in which reigning champion Josh Brookes (main photo) took the opportunity to display the #1 plate on the front fairing of his Panigale V4-R . Something similar could be said for the SYNETIQ BMW by TAS Team, which went to Kirkistown with Danny Buchan and Andrew Irwin in an attempt to notch up some useful mileage for the development of the new M1000RR.

In addition to the considerable interest in the teams mentioned above, attention will also be focussed on the Ninja ZX-10R 2021, scheduled to make its debut in the hands of Lee Jackson and the talented Rory Skinner (2020 British SS600 Champion) in FS- 3 Racing. All without forgetting already established projects such as McAMS Yamaha with Jason O’Halloran (2020 runner-up) and Tarran Mackenzie and the Honda Racing UK trident formed by Glenn Irwin-Ryo Mizuno-Takumi Takahashi. However, as a result of a technical regulation capable of balancing out performance, surprises are always around the corner and no one can feel excluded (for example, MotoRapido Oxford Racing, TAG Racing, Buildbase Suzuki, Rich Energy OMG Racing and FHO Racing) . 28 riders are currently confirmed at the start and the possibility of reaching 30 through the two wild cards allowed in each single appointment, make up impressive numbers and confirm the excellent state of health of British Superbike.

The program and new SCX tyres

Six months after the Brands Hatch finale therefore, BSB is preparing to restart with testing on the "short" circuit at Silverstone. Although again behind closed doors (but the Oulton Park and Donington Park tests should be held with the public, proof of the positive vaccination campaign taking place in the United Kingdom...), the two days will see a total of eight sessions of 40 minutes each, alternated by the sessions reserved for the support categories.

Not only new bikes however, because 2021 will see the debut of the Pirelli SCX rear tyre, introduced in World Superbike from 2019. In this sense, the BSB riders will have the "super soft" specification already from tomorrow morning, as well as during the week-end of the race on 10-12 September next on the same track. 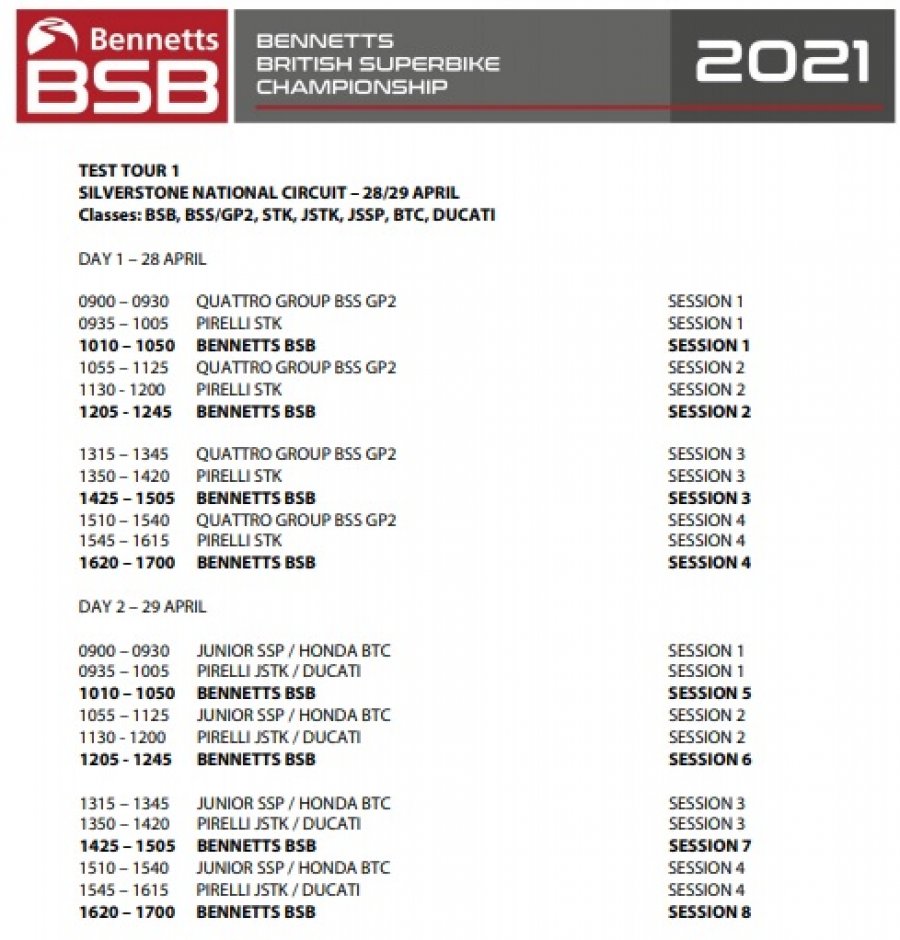