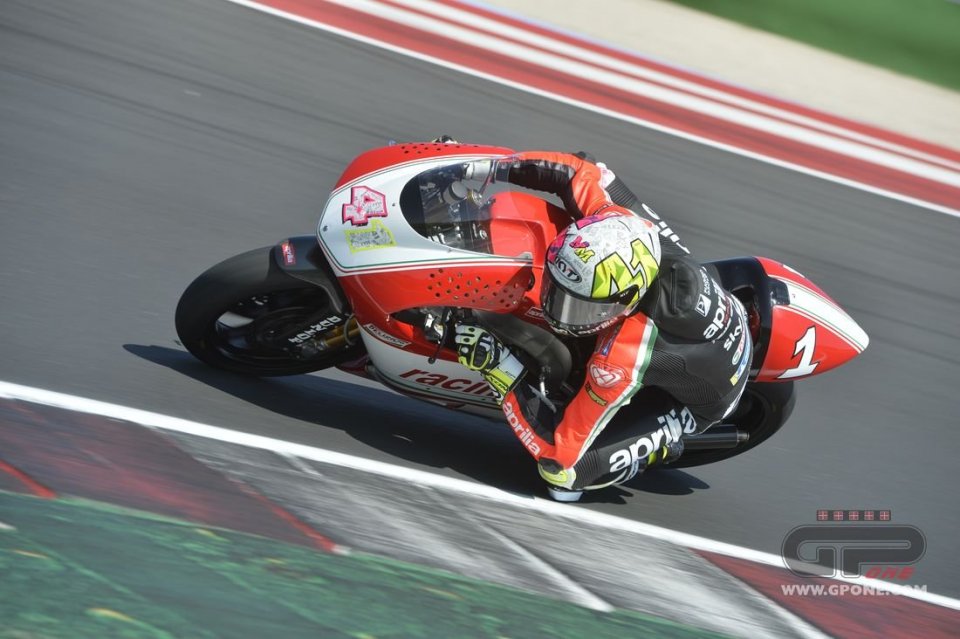 It doesn’t really matter if you are a mere enthusiast or a MotoGP rider, because anyone who loves motorcycles cannot resist the lure of a two-stroke bike being fired up. Thus, once again, the 250 GPs were among the most admired bikes at Misano on the occasion of the Aprilia All Stars Day, a party dedicated to the Noale manufacturer which unfortunately had to be held behind closed doors.

He enjoyed the experience so much and, as you know, the more you have the more you want! So Aleix wanted to make a bet with Noale bosses in view of the 2022 All Stars. The terms are simple: if this season he manages to get on the podium once in MotoGP, next year he will be able to try the RSW-2, that is the two-stroke twin which Aprilia raced in 500 with Romboni, Harada and McWilliams. But that's not all: in the event of a second podium, then he wanted to try the RS Cube, the three-cylinder prototype with which the Noale manufacturer made its MotoGP debut in 2002. An innovative project, which unfortunately had a short life and was unable to show all of its potential.

At this point, all that remains to do is cheer for Espargarò, because seeing those two bikes on the track would be a gift not only for the Spanish rider, but for all fans.