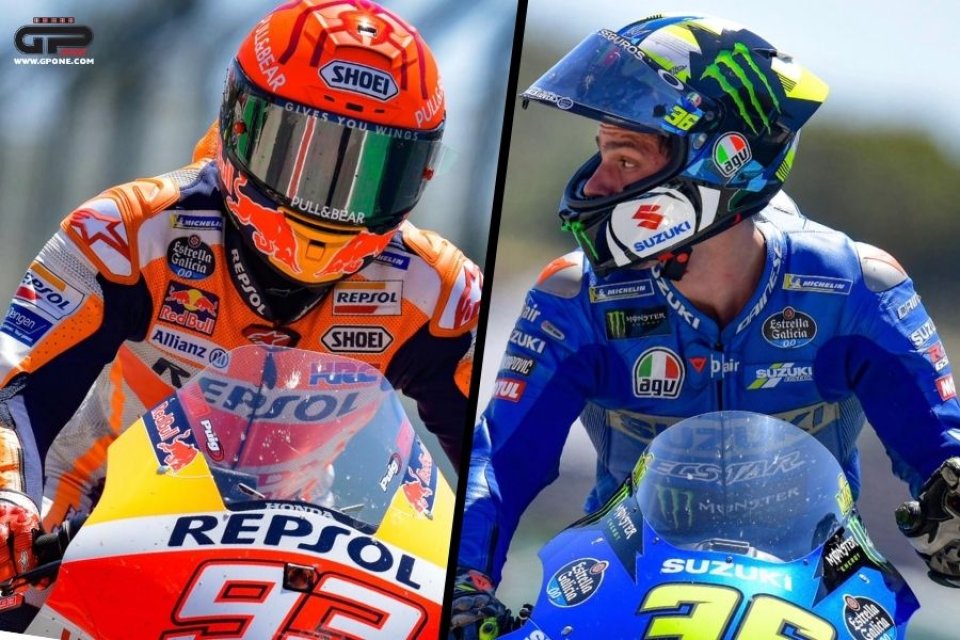 Marquez returned to Portimao and, as expected, he did it in grand style. The final result was not a sensational podium but a "normal" seventh place after a frightening Friday and a Saturday in the shade. The return of the eight-time world champion not only added sporting prestige to the category but also brought that extra bit of malice to MotoGP, now accustomed to angel faces and circumstantial declarations.

The perfect example of this trend is Joan Mir, who in 2020 had never deviated from the beaten track in front of cameras and journalists, while just one single close encounter on the track with Marquez was enough for him to explode in a nervous outburst, the likes of which had never been seen before from him in the premier class. Let me be clear about this, Joan demonstrated once again that he can handle the pressure in an incredible way, as only the greats can do, and in fact, Marquez or not Marquez, he finished his GP in third position and after the difficulties encountered in Portugal at the end of last season, that sort of result was not such a foregone conclusion.

Mir must - and wants to - demonstrate (it will actually be interesting to understand to who) that the title he won in 2020 is not a cut-value world championship, that his incredible success with Suzuki was not the result of Marquez's absence and blah, blah, blah …. So as soon as he could smell the scent of his rival, he came out on the attack: "Marc often plays these games - he said after qualifying - It could create dangerous situations".

Then in the race, on Marc Marquez's first lap after nine months of absence, Mir went in hard on the Honda rider, once again showing all his desire to stay ahead of Marc, as if to say: I didn't win the title by chance . At that moment, Marquez was unable to respond on the track, having to focus on his arm and his recovery, but seeing Mir (and other riders) pass him, he felt he had almost been mistreated: "For me it was an unusual race, one in which I had to accept being overtaken, as well as being mistreated by the other riders - Marc said after the race - It's a bit like when you are in school and you find yourself playing football with the older guys and you get mistreated " .

The idea of ​​a Marc Marquez who lets himself be "mistreated" on the track for a long time simply does not hold water and we are sure that as soon as he gets the chance he will hand back to Mir with interest his pass on him on the first lap of Portimao, maybe with a shove, maybe without. Maybe when fighting for a podium, for the GP win or the riders’ championship. We don't know when it will happen but it is true that, finally, now that Marquez is back, we might be able to enjoy some on-track rivalry that only MotoGP can offer.