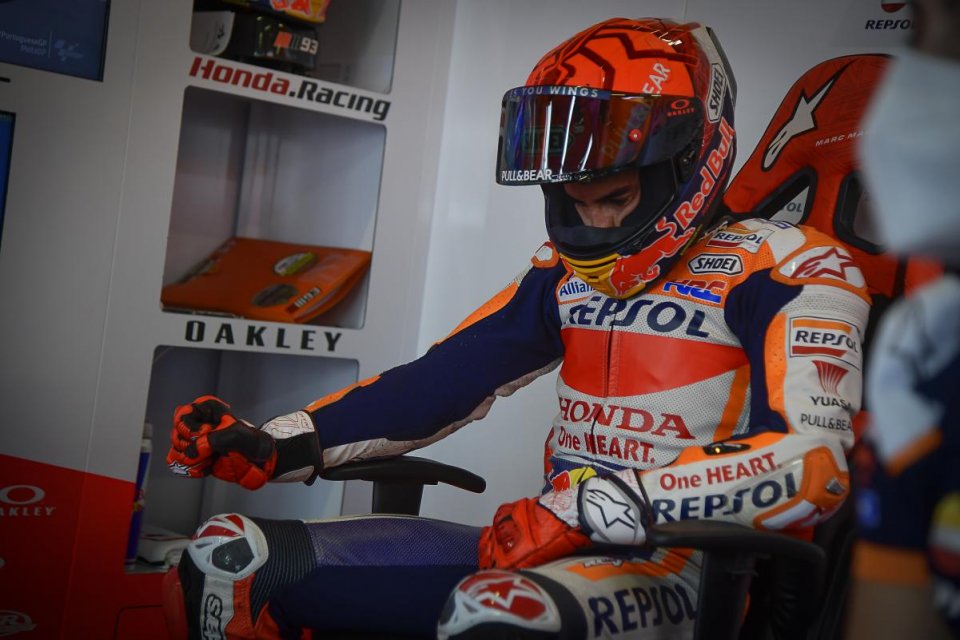 Stoic Marc, that’s what he is! Hats off to the performance offered by this phenomenon on his return, nine months after the Jerez accident. Not even he knew what would have happened today in the race, but he performed yet another miracle, finishing in seventh place, just thirteen seconds behind the winner.

An enterprise in all respects that, during the weekend, had started with Bradl’s set-up, without even trying to work on the race pace because, of the twenty-five laps he completed today, Marc didn’t finish more than six consecutive laps until the afternoon.

His is one of those performances that will remain impressed in everyone's memory, so much so that, when he returned to the garage, he burst into tears.

“I’m a guy who always tries to hold back his emotions but, this time, it was different,” Marc began. “I cried for everything I went through in these nine months. It was a special race, where I felt like a  rider again. This is worth more to me than looking at the final result.”

Marc had to grit his teeth in the race and fight with both his body and his rivals.

“If I had ridden like the usual Marquez, I would have lasted three laps. I only did one at the limit, the one in qualifying. In fact, I still have a lot of pain in my arm. I have to take one step at a time. To this regard, my recovery is not over and will not end in Jerez either. Mentally, however, it was important to get back on track, try the bike again, and I’m enthusiastic.”

The journey that awaits him is long.

“What I miss is working in the gym but, above all, riding the bike. I can only get on the bike on race weekends since, when I’m home, I can’t. The bone is fine, but I can’t stress it. Maybe, towards the middle of the season, I’ll also be able to train at home.”