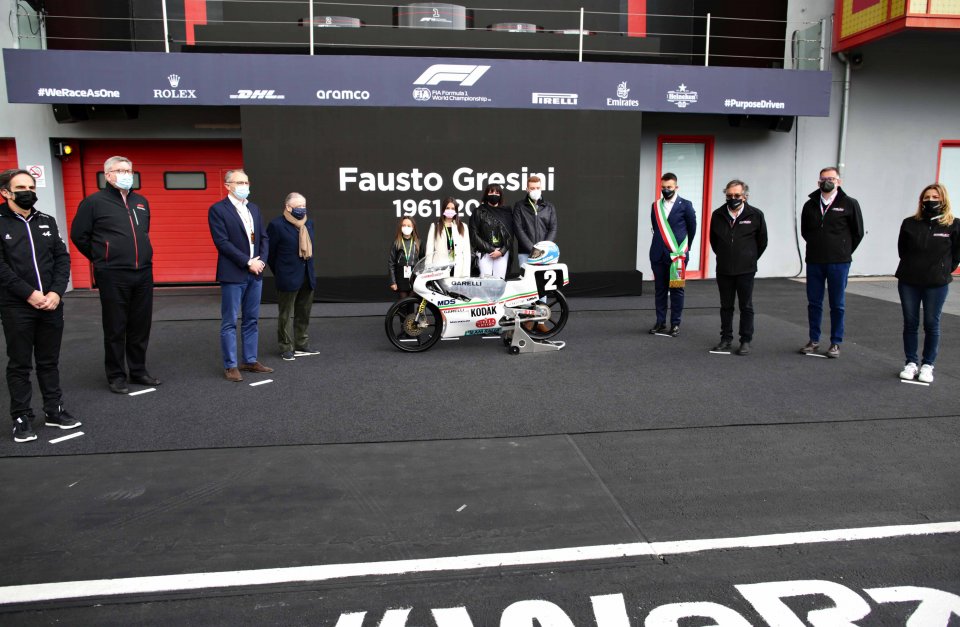 In a commemorative event shared between the Formula1 and MotoGP, there was a last farewell from the entire world of motorsports for Fausto Gresini. For the first time in history, and live worldwide, the Formula1 and MotoGP World Championships came together in memory of Fausto Gresini, connecting the Portimão grid with that of Imola, in a heartfelt farewell to the owner of Gresini Racing. A dutiful commemoration by Stefano Domenicali (CEO of Formula 1) and  Carmelo Ezpeleta (CEO of Dorna Sports), who organized this initiative with the two major motorsport championships on the planet joined together for Fausto.

“Remembering Fausto Gresini means scrolling through some of the most beautiful sports pages of our hometown, Imola,” Stefano Domenicali said. “The passion for engines and competitions united us from an early age. Fausto was not only a world champion, but also a great discoverer of extraordinary talents that have characterized the world of two wheels. We will never forget him.”

“Fausto was undoubtedly one of the people who contributed most to bringing the MotoGP to where it is today,” Carmelo Ezpeleta said. “He was, first of all, a good friend, and especially one of the key figures in our paddock. With his charisma and his smile, he built one of the best equipped and nicest teams in the paddock, and my goal will be to keep his memory alive. He left a large family outside and inside the paddock, and we will miss him very much. We celebrated a heartfelt moment of silence in Qatar, and I believe that this event shared with the Formula 1 is a demonstration of how important he has been in the world of motorsports, in general.” 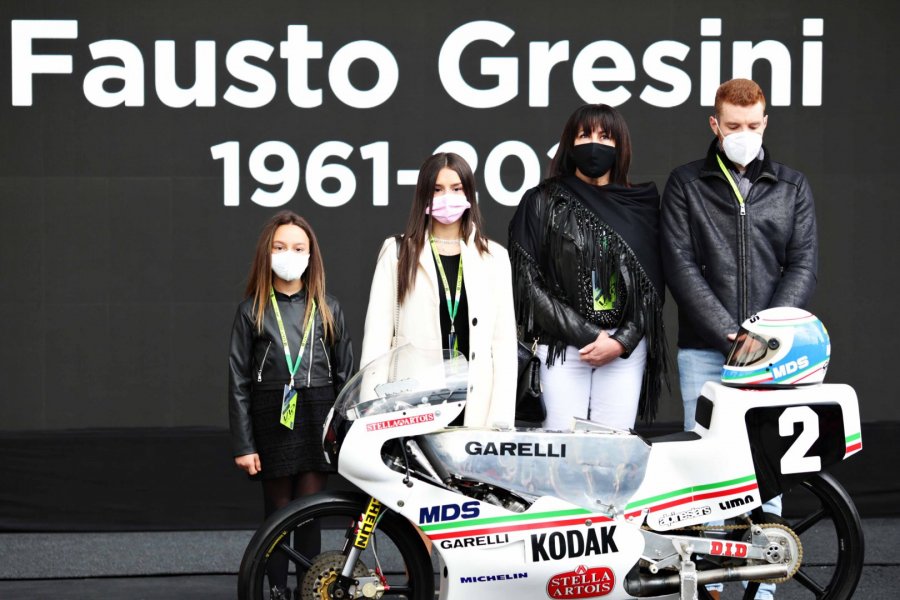 “On my behalf, my children, and Gresini Racing, I would like to thank Stefano Domenicali and Carmelo Epzeleta for joining together the world of motorsports to commemorate Fausto, a great man in life and in sports. We are immensely grateful and moved by this wonderful and unexpected tribute,” Fausto’s wife, Nadia Padovani, concluded.