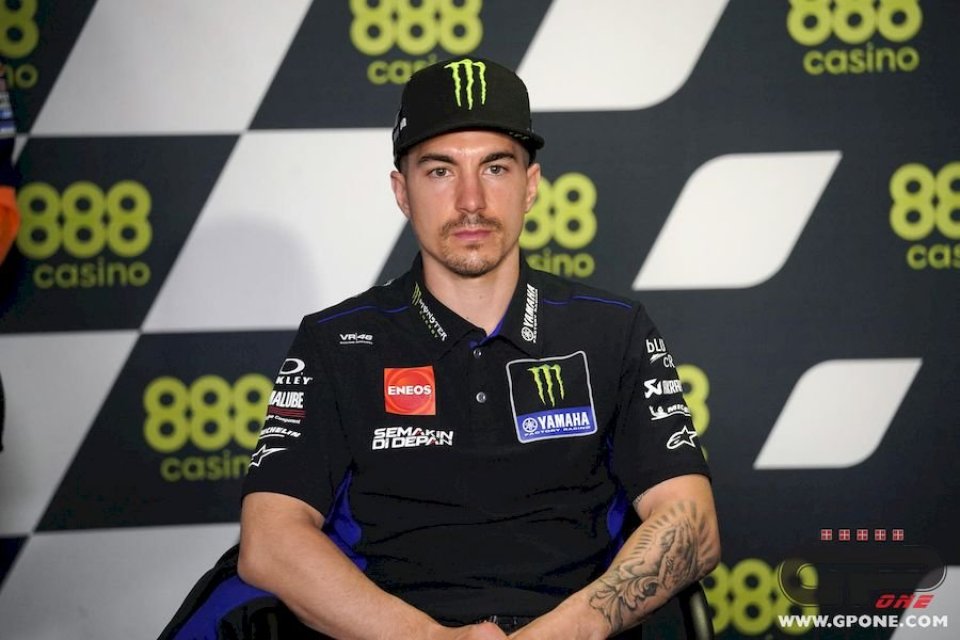 Between MotoGP and Formula 1 today, for motorsports, was the day of cancelled laps. At Imola Lando Norris saw a historic front row position behind Lewis Hamilton disappear due to a sensor that, even though the images were not clear, sanctioned that he exceeded the track limits and strangely enough the same thing also happened - for exactly the same reason - to Maverick Vinales in qualifying for the Portimao GP.

The images, as mentioned, do not clarify what happened. Has Vinales been able to get a better idea?

“I went to check, I cannot understand because most of the tyre was inside and you cannot understand if the tyre is touching the green. It’s impossible to understand, but this is the rules, we cannot do nothing. If it’s clear, it is how it is and that’s it. But it’s not clear. Maybe they can give me five positions more than just cancelling the lap.”

Will Yamaha be able to appeal against this decision in any way?

“This is the rule, you cannot say nothing, you cannot appeal. We know the stewards already from many years ago and it’s like this. I was first, and in this way I need to be P12, so it’s the judgement of one person and it is what it is.”

In any case, your performance was quite convincing, even if the twelfth position does not show it. Are you satisfied?

“Absolutely yes, I feel good on the bike and without this lap cancellation I made myself P1 or P2, so we cannot say much more because today was a good day.”

What can you do tomorrow? What race do you expect?

“Tomorrow will be a sprint race, I have no other solutions. I will have to fight right away and pass as many riders as possible, I'm ready to attack. I have a good race pace with used tyres and I know what I have to do ”.

Between yesterday and today it seems that the Yamaha has taken a big step forward. What did you focus on?

"We made significant improvements on the electronics and now we have better traction. We are still working on the engine brake."