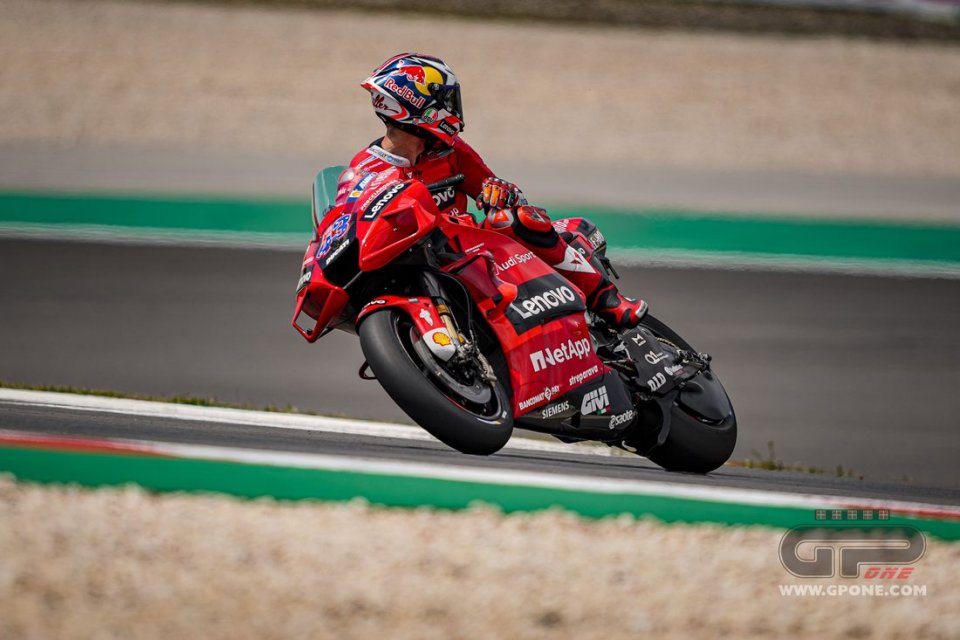 Last year, Jack Miller started third in Portimão and took a second place in the sprint with Morbidelli, getting the better of the finish line. Tomorrow, once again on the Portuguese track, the Australian rider will open the second row with the aim of repeating the result, if not improve it.

“During the FP4, I did a race simulation, and I felt pretty good,” he  explained. “I think tomorrow will be a race like last year. No mistakes will be allowed, and it’ll be important to be able to keep some margin. I’m not completely satisfied with my qualifications. I left something on the table, but I’m happy with a fourth place. We need to get off to a good start.”

His arm, on which he had surgery last week for compartment syndrome, isn’t giving  him any particular problem.

“In the FP4, I did seventeen laps, and I felt fine. It’s perfect,"Jack assured. “We’ll see what happens tomorrow in the race, even if I expect it to be similar to last year’s. Like I said, the tires are the same too, they just changed their name.”

His last comment was regarding the times canceled for his teammate, Bagnaia, because of the yellow flag, and Vinales for having exceeded the track limits.

“I also received this penalty in the past,” Miller  remembered. “When that happens,  you can’t argue. That’,s it. But in qualifying, you have very little time and tires to do a good lap. Pecco was already pushing when he got a  yellow flag. At Aragon, this thing had cost me my entry into the Q2. I only quickly saw Maverick’s  replay, and it seemed to me that he wasn’t  on the green."