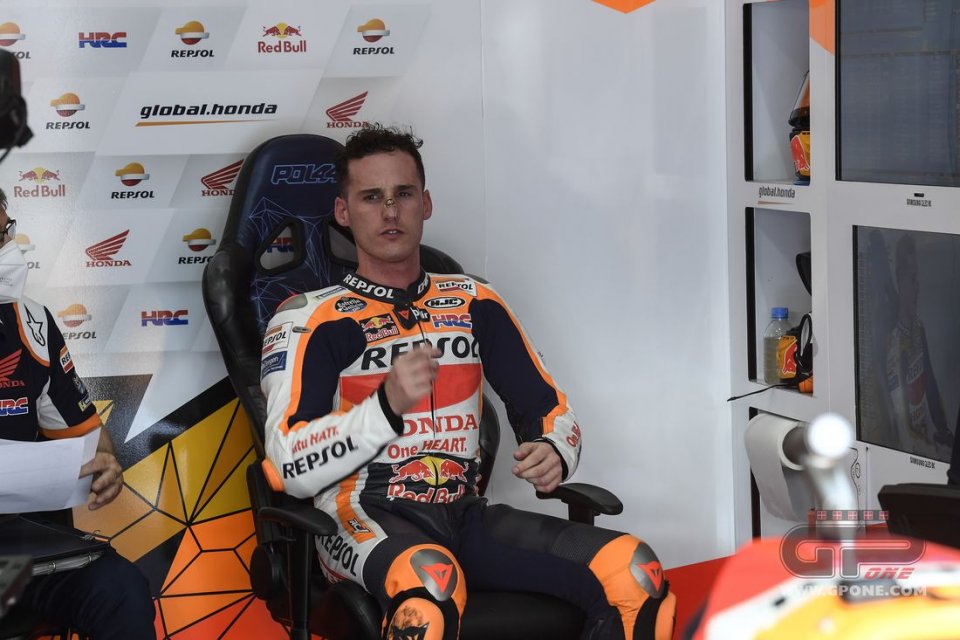 Today Pol Espargarò saw his teammate in the garage for the first time. His name is Marc Marquez, and he’s an uncomfortable reference for everyone, especially for those who ride the same bike. In fact, despite his nine-month absence, he was Honda’s best on the first day of free practice in Portimão. Pol got four tenths from his teammate, and he can’t be happy about this, even if he didn't admit it.

“Everyone was hoping that Marc would come back, and it was clear to me that he would be fast. That’s what I expected,” he explained. “He has a lot of experience on this bike. He’s been riding it for nine years, and he’ll be able to indicate a clear direction. That’ll  be positive for me too, because it’ll allow me to improve.”

“The message he gave is clear. He wants to stay ahead and didn’t take long to do it,” Espargarò continued.“He clearly has the bike in his control. I don’t want to say that what he did today isn't incredible, but it’s easier for him. He knows the limits of the Honda and, even if he’s not at his best, he manages to take advantage of it well. Like I said, it’s important for all of us that he’s fast, because he’ll allow us to improve. I already saw a couple of points today where I’m slower.”

“The situation is not as bad as it seems,” he clarified. “The thing is, I can’t get a perfect lap. When I have to push, I make mistakes. That’s my problem right now. But I’m not too worried, because this was a day to figure out how Honda is doing on this track and, in the morning, we had bad conditions. Tomorrow I’ll have two more soft tires to use, and I think I’ll be more competitive. In Qatar, I couldn’t have imagined of getting into the top ten. Here, I’m twelfth despite not having managed a perfect lap. The potential is there.”