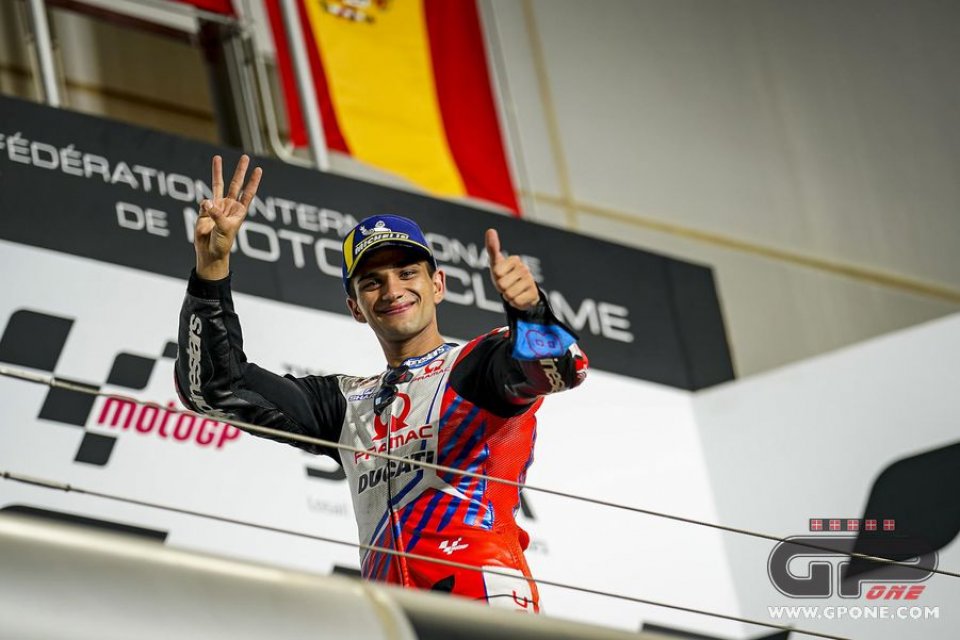 From hero to zero… it was a difficult start in Portimão for Jorge Martín. The Pramac team rider ended free practice on Friday in last position in the combined timesheet. At the end of FP2, the Spaniard's best time was three seconds slower than Bagnaia on the factory Ducati, the best man on the track. Martín said that the bike was moving around a lot, which strongly influenced his speed on the track, but he still does not know the reason why.

“For sure we were not expecting to be in that position, but as soon as we began the second practice I started to feel a lot of movement on the bike. It was really dangerous and I was feeling really scared in some of those moments. I couldn’t open the throttle where I would like and that’s why we were so slow.”

Can you explain what kind of movements did you feel on the bike?

“I feel this pumping and shaking a lot when I exit from the fast corners so I cannot give full throttle, I have to be with a lot of margin. That’s why I lost a lot of time. Also the wind, I was struggling a lot today. We are three seconds from the top, so something is not working for sure because it’s not my place.”

Considering that you are last while Pecco is first, can you find any indications in his data?

“Yes, for sure it will help me. But let’s try tomorrow.”

What do you think are the key points to improve?

“It's a difficult track for a MotoGP rookie. I will have to work on the quick turns, I lose a lot of time there. I think all of us rookies are having some difficulties here. "

In which points of the track do you have more difficulty?

“The bike moves a lot all over the circuit, both in acceleration and braking”.