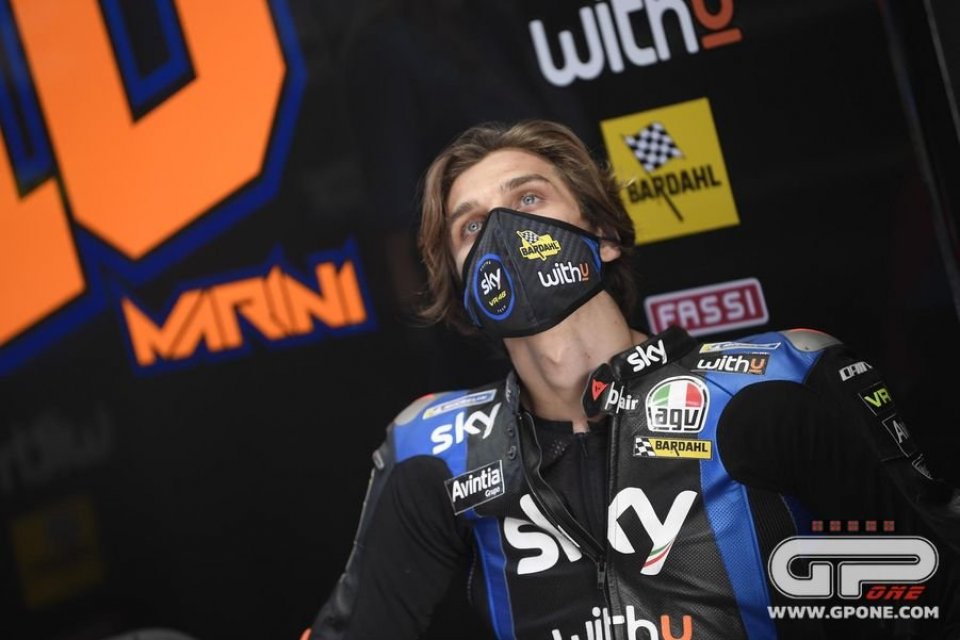 Luca Marini left Qatar in 18th place and is now in Portimão where, in 2020, he finished second in the Moto2 in the Portuguese Grand Prix. During the first two races of the year, the Italian rider was unable to stand out among the rookies, finishing both GPs last among them. But, on the current track, they’ll be starting again from scratch on a circuit where they’ve never ridden a MotoGP.

“The approach for this weekend will be slightly different than in Qatar,” Luca began. “It’ll be interesting to understand how the bike works on a different circuit, especially with a different layout. Portimão is a very special track. I hope it’ll be dry tomorrow because, during the weekends, the weather is already not that great to be competitive in the race. Obviously, being able to work in the rain could be important for riding with wet tires, or with soft tires, to be able to understand how the bike works in these conditions.”

Have you spoken to your mother? What did she tell you before the races?
“Yes, I spoke to her a bit after the race and just before leaving for Portimão. Each time, she tells me to focus on what I have to do and try to understand how the tires work.”

What are your expectations for this race in Portugal?
“I have to understand how I stand. It’s a track that I really like, so I’d like to improve my sensations with the bikes. I know where I have to work. After the two races in Qatar, I collected a lot of data. We had many meetings with my crew chief, even during the week. We worked a lot from home. We figured out which direction to take in order to have a bike to ride better with. I’ll try to find the right set-up as soon as possible. It’s a track that I really like. It can be an advantage, but I don’t think it’s a Ducati track. In Qatar, we demonstrated that the Ducati can now curve, there’s no longer that much of a difference with the others in riding.”

We’ve seen that, in Race 1 in Qatar, it was Enea’s turn. In Race 2, it was Jorge’s. When will it be yours?
“I hope it can be here in Portimão. I think Jorge found something that helped him feel good on the bike and ride the way he likes. He was fast every day. It’ll be difficult to beat and get in front of him. But this is a new track for everyone with a MotoGP.”

Do you already have a schedule for tomorrow’s tests, considering the weather conditions?
“Yes, I already have a plan. I’ll start with a bike similar to the one I finished the Qatar race with. With some suspension adjustments that are needed here. On the second bike, I have a more suitable set-up for this track,with a slightly longer bike to try to have more stability. We’ll have to try the various tires because it was easier in Qatar. Only the soft ones worked.”

Bagnaia: “The front holeshot? It makes a big difference.”