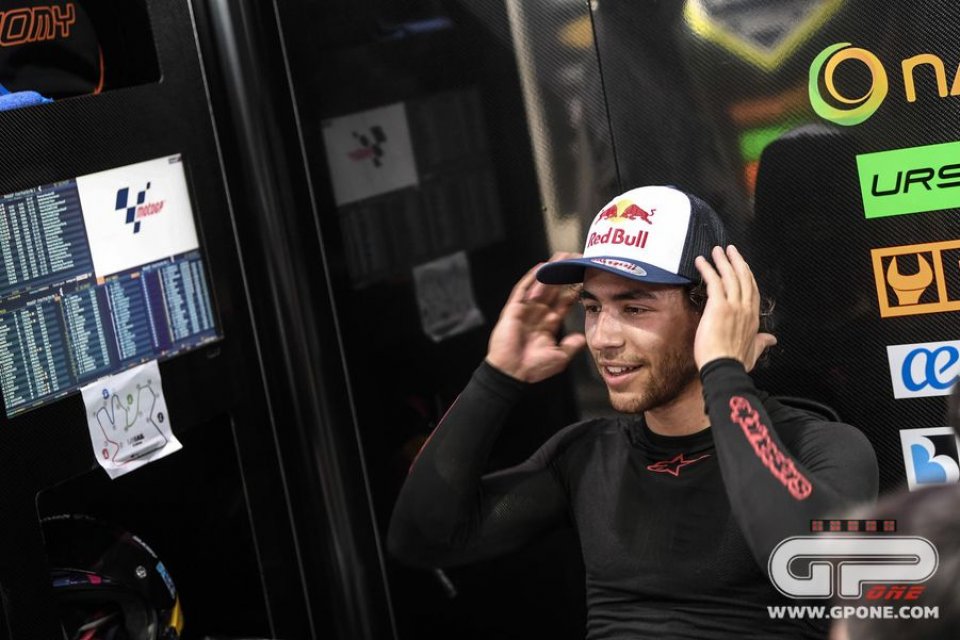 First day in Portimão dedicated to interviews for the MotoGP riders. Tomorrow they’ll be taking to the track for free practice sessions , and the rookies in the premier class, including Enea Bastianini, will be in the category for the first time on a track other than Qatar. Last year, the Italian rider left Portugal as a Moto2 world champion. This year, his goal is to adapt to the track as quickly as possible.

“The strategy is always to be fast,” Enea began. “But it’s obviously a new track for me with a MotoGP. It’s also the first time on a circuit other than Qatar. Anyway, I’m ready. I have great memories here from last year, but now it’s a new adventure, and I have new feelings. I hope to be very fast tomorrow in the FP2, because it’ll be essential to start from the front.”

When you arrived in Qatar, did you have to get new references for the lines to follow and for the braking points compared to those you remembered from the Moto2?
“Yes!”

How many laps of the track did it take you to adapt? How do you think it’ll go here?
“I don’t know. It’s very different from Qatar. It’s a really difficult track. There are many ups and downs like a mountain. However, I believe that, after a free practice, I’ll be able to understand both where I have to brake and the lines to follow. It’ll be important to follow another rider, especially Miguel (Oliveira, ed) because he’s really fast on this circuit.”

This circuit will be very demanding compared to Qatar. Have you changed your training?
“Not much. My training during the winter was already very intensive. It's remained more or less the same, even if I’ve changed a few things, but my strategy is always the same.”

During Qatar, you had pain in your arms. Did you solve this problem?
“Yes, the second race already went well. I had this problem, but I have no idea if it’ll show up here too. The circuit in Qatar is not easy, because you have to keep the bike in the corners for a long time. You brake a lot here, and there are many changes in direction, and it’ll be rough on the body. We’ll see.”

Are you groping in the dark or did you get an idea of the track?
“Actually, I have ,expectations. Last year, I had ups and downs so it’ll be difficult to make a difference. On this track, it doesn’t take much to be fast.”

Marquez: "I've learned my lesson, there are a lot of GPs, but we only...