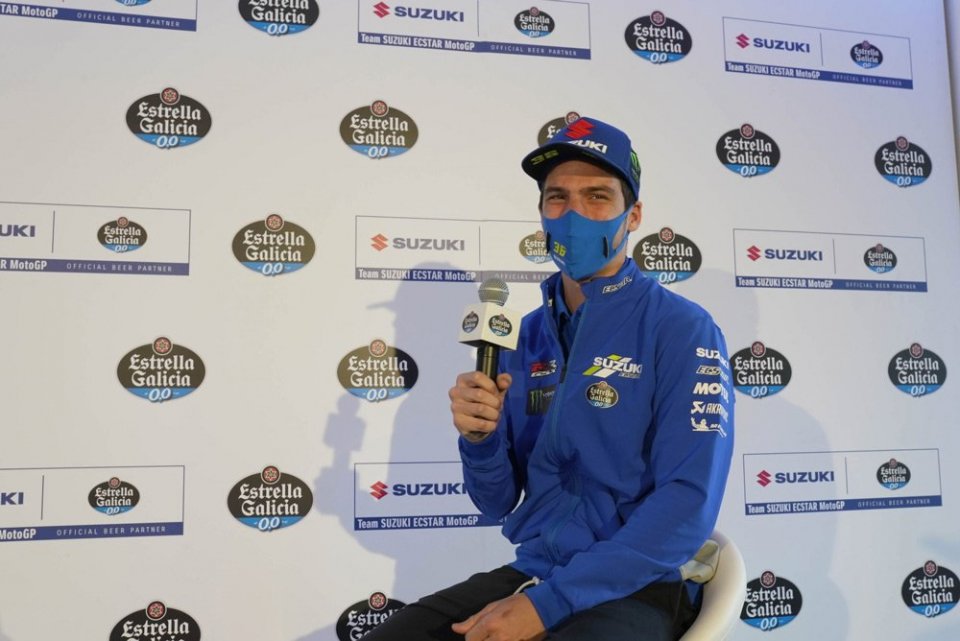 Joan Mir on Wednesday attended a press conference in Portimao organized by his sponsor Estrella Galicia 0.0 and dedicated to the local press ahead of the Portuguese Grand Prix. It was an opportunity for Suzuki’s world champion to talk about the next race, which last year had been unlucky for him.

“I'm looking forward to getting to Portimao, I want to do well and even more after not finishing the race last year, so this year I'd like to get a good result,” he said.

Of course, there was also a question about Marquez's return…

“We will have one more rider in this Grand Prix, Marc Márquez. We know that this track is favourable for his bike, but my head does not change because there is one more rider on the track - underlined Mir - This year we will probably go very fast in Portimao and I would like to fight for the win but I think the circumstances are completely different now. I really want to keep learning. We'll see how it goes ”.

He also had one final comment about Oliveira, the winner of last year's GP: “I'm sure Miguel will be strong. Here he feels at home and is very fast ".