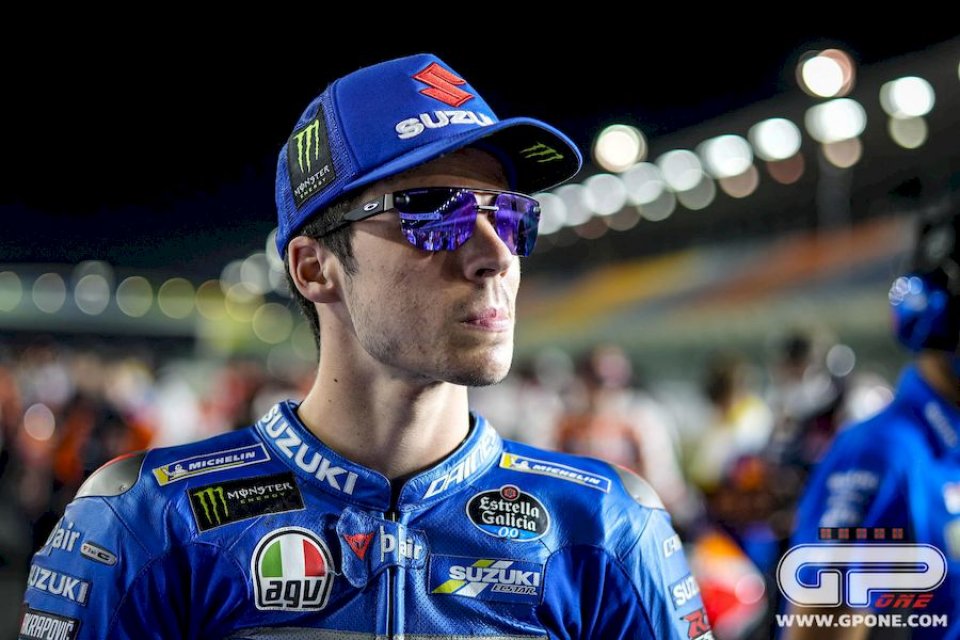 Last year was a bittersweet weekend for Joan Mir on the Portimao track. The Suzuki rider had won the world championship the week before in Valencia but in the Portuguese race that ended the season he had to retire due to a problem with his bike. The celebrations had already taken place in Spain but, in any case, he had the desire to do well in Portimao to close the circle, but he was not satisfied. He will try again this year in the third GP of 2021.

“I feel good - said Joan - I think this can be a good Grand Prix for me. Last year didn't go well but we have a lot of data and we'll see if we can use it to do a good race this weekend ”.

What will be the key to doing well in Portimao?

“We have new tyres compared to last season, but I don't know if it's the right thing to make comparisons because here in 2020 nothing went well for me. I think the Suzuki can be competitive on this track and to do that we should also work on the tyres: last year the best of the race had the "extra-hard" tyre which this year has become the medium and I think it could be a good tyre to try and see if it works for us too ”.

Mir: "For me it was very clear what Miller did: he looked at me and then touched me"

The contact in the race between you and Jack Miller, considered regular by the race direction, also held sway after Qatar. Did you had the opportunity to ask for an explanation?

“Suzuki went to talk but without any success. The decision had already been taken and they saw the action to be legal. I think this action was out of the limit but I respect the decision, and I also know what Jack’s thinking. I think that for me it’s clear for sure, because you see he’s looking at me and then he just touches me, it’s out of legality for sure. The decision, however, is that, they think it's okay to do something like that in the future, and I think they have to penalize this type of action because it’s dangerous”.

In addition to the third GP of the year, Portimao will be the weekend of Marc Marquez’s return. What do you think about it?

“I think he will be another rival for the world championship, he is one of a long list and perhaps he is the strongest. We'll see how he feels physically, he knows the Honda adapts well to this track and I think he waited until he could be 100% to come back and have a good weekend here ”.

Very similar ideas about Marquez's return were also expressed by Alex Rins about the return to the track of the 8-time world champion.

“The truth is that I am happy with his return because he is a battle mate, we will see how he goes in FP1. There are those who say that he will be able to win, those who think that he will not be competitive or that he will get on the podium, I think that if he is here it means that he is 100% ".

In addition to Marc Marquez, however, MotoGP showed that it could be great fun and competitive in Qatar with a fierce race and minimal gaps. Will this lead to more contacts similar to that between Mir and Miller?

“Joan and Jack are aggressive riders and before the contact at the last corner Joan had entered a bit too hard on Jack. I try to be aggressive but in a different way than them or even riders like Marquez. We'll see if there are other such aggressive races, it will depend on the situation. There is a great rivalry between many riders and we are all close because we know the bikes well since last year. I think there could be aggressive races but with respect ”.

After just four months, you go back to Portimao, how do you approach this race given last year's results?

“I think this weekend can go better than in November, also because doing worse would be complicated. I am confident and I believe I can fight for the top positions. We should be smart about managing the tyres because tomorrow it could rain and we need to understand when it will make sense to push hard”.

Regarding the tyres, what could be the choice?

“I spoke to the crew chief about this weekend's tyres. Michelin's choices seemed good to me but we should try the various compounds to make the right choice. It doesn't seem like it will be very hot and the hard tyre could be put me in trouble because of my riding style ”.