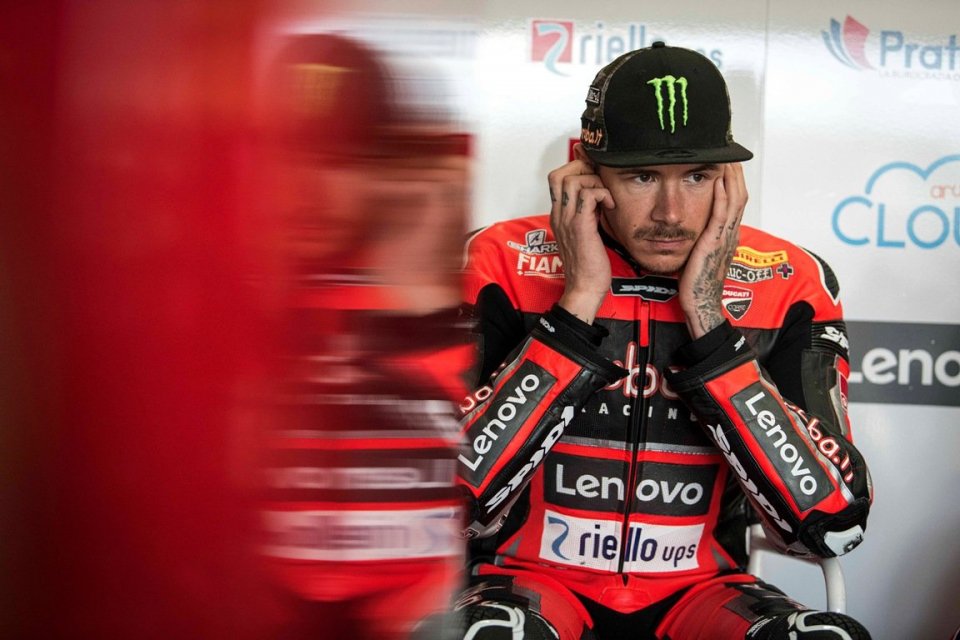 Scott Redding ended the Aragon tests with a bang, to the point of hitting the best time and setting the competition straight. And, as if that weren’t enough, the British Ducati rider came within just thirteen thousandths of the record set last year by Johnny Rea.

This definitely boosted his confidence: “I’m really satisfied with the improvements we’ve been able to make with the bike, especially during the central part of the day,” he commented “I felt at ease with the racing tire and, I must say, I felt excellent sensations also with the soft, which I had some difficulties with last year on this circuit.”

So the outcome was positive: “With the qualifying tire, I set a good time, and that makes me very happy, since  I consider this circuit to be one of the most difficult for me,”  he added. “It wasn’t an easy two days. As always, the team did a great job to find solutions to the problems that arose.”

Instead, Michal Rinaldi placed behind him, separated by just over a tenth: “It was a very productive two days, because we improved the bike and the sensations,” he stated. “If I have to be honest, I think I’ve progressed also in terms of riding style, and that’s why I’m very satisfied with the work we’ve done.”

Then there’s another aspect on which the rider from Romagna focused: “The race pace isn’t bad, but we certainly need to improve with the new tire, because,I can’t make the most of it during the first few laps,” he continued. “I can’t wait to be in Navarra for the next test. A new track that I’m not familiar with. We’ll have an intense program and will try to complete it.”