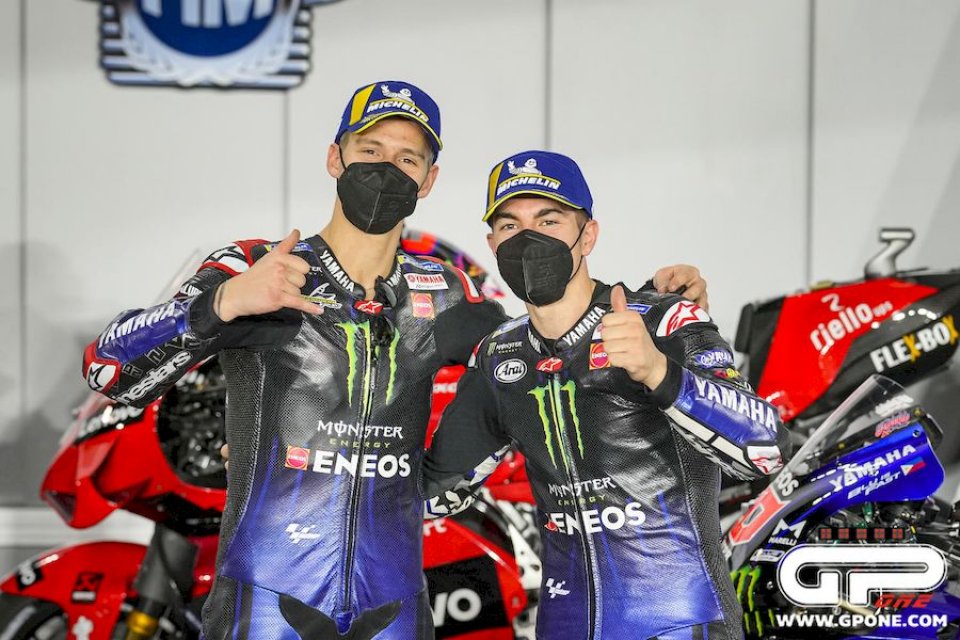 The 2021 MotoGP championship began under the sign of the official Yamaha team which, with Vinales and Quartararo, won the first two GPs of the season in Qatar, and now wants to continue its positive streak in Portugal.

Quartararo has high hopes of a good result even though he did not shine last season in Portimao, finishing his weekend in 14th position. Currently the Frenchman is second in the overall standings with 36 points, the same as Vinales.

“Winning the second race in Doha was fantastic! – declared the Frenchman - Now that I have collected my first win with the Factory team, I feel like a weight has been lifted from my shoulders. After the first one, I feel like I can focus even better on the task ahead, but it also makes me even more excited for this weekend. Last year I had a difficult race at the Portimao circuit. It’s different from all the other tracks, but that also makes it interesting. I’m very curious to see if this weekend we can be as fast as we were in Qatar.”

As mentioned, in second place in the overall championship standings together with Quartararo is his teammate Vinales who won the opening race of the season and finished 5th in the second weekend in Losail. Last year the Spaniard finished 11th in the Portimao race but is confident he can improve his 2020 result this weekend.

“I’m really looking forward to this race weekend – said the Spaniard - I really like the Portimao track. It’s a challenge. Last year we didn’t finish as high as we wanted to, but I actually enjoyed that race, because this track has many places where you can overtake. I like this type of circuit, it makes it very exciting. In last year’s race I especially had a good rhythm towards the end, so we will be focusing this weekend on making sure I get that feeling right from the beginning of the race.”