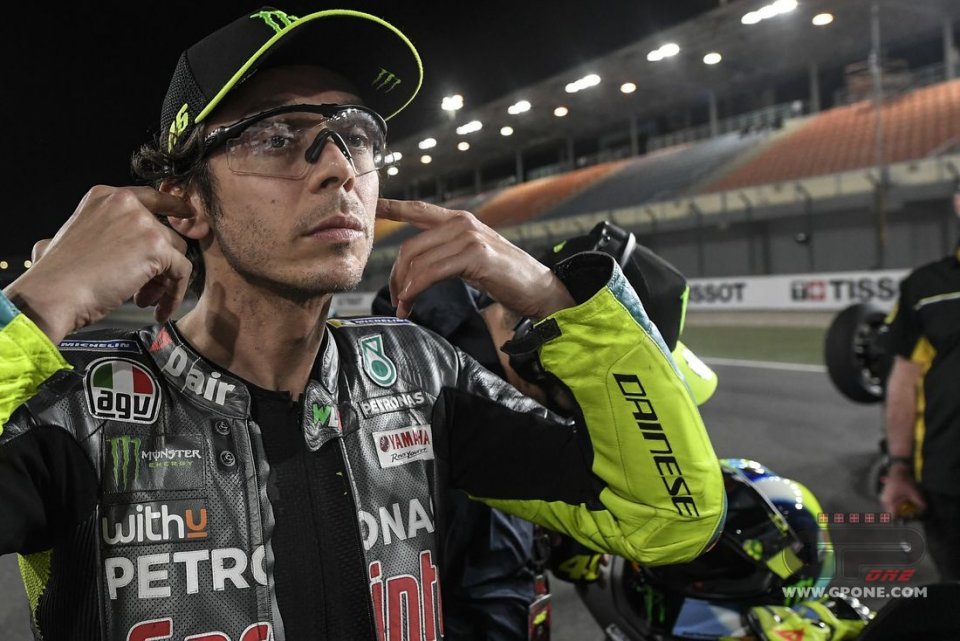 For Valentino Rossi and Franco Morbidelli the 2021 season will to all effects start on Friday at Portimao. It’s better for both the Petronas team riders to quickly forget the two Grands Prix in Qatar, which they left behind after scoring few points and being racked by doubts. There is no point denying the evidence, the start of their season was disastrous and from Portugal onwards they need to change pace in order not to miss the boat...

Last year the Doctor was not particularly incisive, with a 12th place finish, and the hope (as well as the goal) is that this weekend things will change for the better.

“The Portimao circuit is fantastic – declared Valentino - it’s something different to all of the rest, but on the other side of things, it's very difficult. It’s a track that you need a lot of time to learn and every time you race there you can improve on something. We found some new settings on the bike on the Sunday morning warm-up session of the Doha GP, which meant that I was able to maintain a better pace but we were hampered for the bad starting position. We hope that we can be stronger at this third GP and be more competitive, but also in Europe as a whole – there are a lot of tracks there that are good for me.”

Morbidelli can console himself by thinking back to the second place obtained in Portimao last year, so on paper he has a good base from which to start again.

“After being on the podium in Portugal last year, I hope that we can regain our good pace and be in contention for a good result again this weekend - Franco added - Every race is different though so we will have to wait and see how we are once we are out on track. We have the data from last year and we know that we were fast, so at least we will have something to use as a comparison.  We are improving each race and we’ve been trying to understand what happened in the bike set up during our time in Qatar, hopefully we have found some improvements and can continue in a positive direction this weekend.”