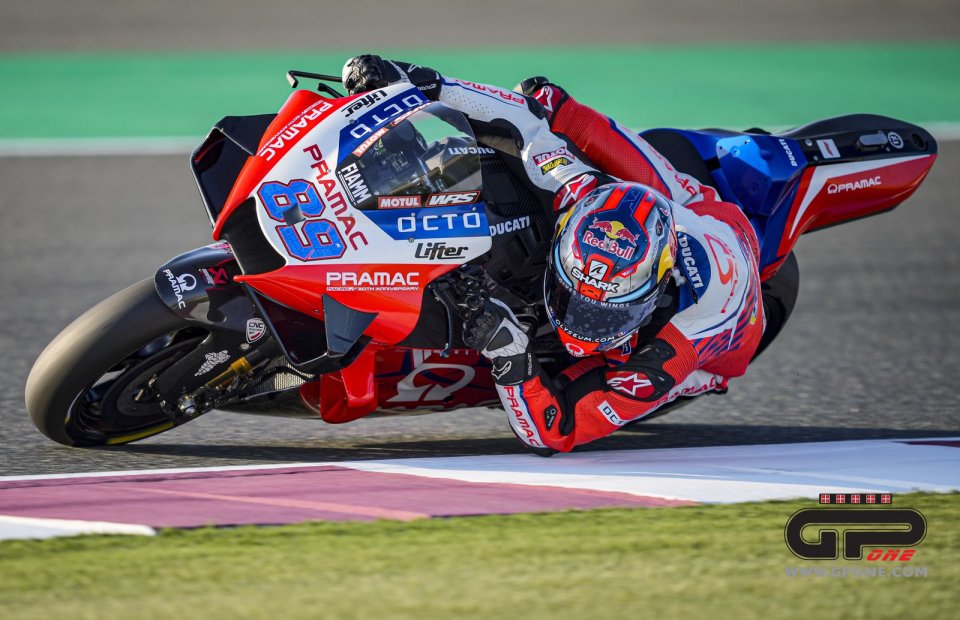 Jorge Martin, nicknamed “Martinator”, was certainly the most attention-grabbing rookie in Qatar.
In the first race, he was the star of a memorable start that took him from fourth to third place while, in the second race, in the week that followed, he started from pole position and then closed the Grand Prix in third place, after leading the race for 18 laps.

Seventh in the world championship with 17 points, 23 less than his teammate Johann Zarco, the leader, the rookie of the Ducati Pramac team confessed in a video on his Youtube channel that he left the trophy of the first podium of his career in Doha, in the team’s office.

“I only have the pole watch left,” he confessed. “We were in a hurry to leave the circuit, and I forgot it.”

While he waits to retrieve it, Martinator commented his first impressions on the premier category live.

“I was shown the photos and they’re incredible, with my shoulder almost touching the ground. It comes naturally to me, since I’m shorter  than the others. It’s the only way to put the center of gravity a little further in. Few riders lean more than me. The good thing is that I don’t wear the tire out a lot when I ride like that.”

Third in the second race is a good result, but it took Jorge a while to swallow the bitter pill of being beaten by his teammate at the last turn.

“Right after that, I wasn’t happy, but then I received so many congratulations… I’m happy to have Johann at my side. In my opinion, he’s one of the best, and we also have a similar riding style.”

Rins: “It’s impossible for all Michelin tires to be the same”