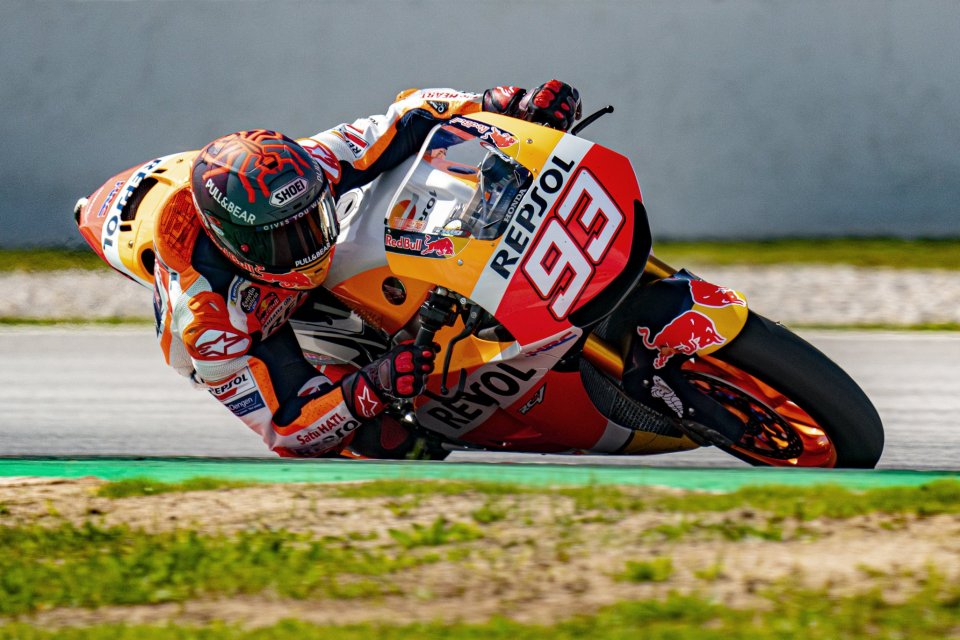 Now that there is certainty that Marquez will get back on his Honda after nine months of absence, the next question is how long it will take him to return to the levels he had accustomed us to in recent years. Of course, nobody knows the answer, not even the person concerned. It is true that in recent weeks Marc has ridden both in Barcelona and Portimao on a RC213V-S (Honda's MotoGP street-bike) but it’s one thing to do 50 or 60 laps in a day in a solo test, another to throw himself in the fray on a vehicle that demands a lot from the physique and in the midst of all the other riders. Also because each one of them will want to prove that they are capable of winning even with the dominator of recent years on the track.

So let's proceed for argument’s sake, but relying on data. First of all, Marc will come back to win, as he has always done throughout his career, even after difficult moments (such as his double vision suffered at the time of Moto2), so we need to find out when he will succeed. In Portimao he will start with two disadvantages: that of not riding a MotoGP bike for many months and of never having done so on the Portuguese circuit, unlike his rivals. In short, the journey begins uphill, but this is where Marquez tends to come good. In addition, it’s a long road ahead, just two races have been held and, looking at the classification, he is not in too bad a position.

In fact, Johann Zarco is in the lead, with 40 points. Pramac's Frenchman, however, is not in theory one of the favourites for the final victory and is in a satellite team. It’s a different matter for Quartararo and Vinales, equal in second place with 36 points, while Bagnaia has 26. The reigning champion Mir has 22 and runner-up Morbidelli has just 4 points are worse off. So, the raw data says that there is space for a comeback.

If we then analyse the seasons in which Marquez won the title, we discover that only on a few occasions has he succeeded in going down to the wire: in 2010 in 125 and in 2013 in MotoGP, his debut season in the premier class. 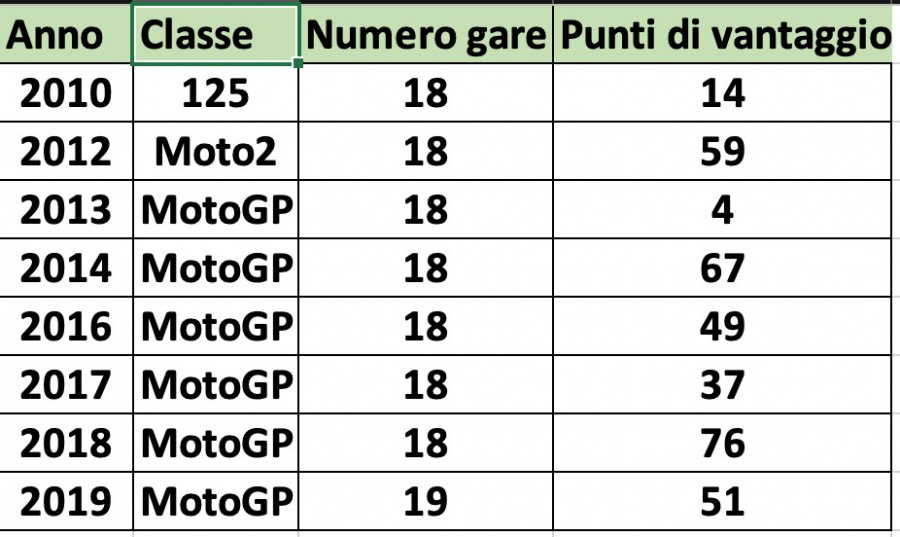 Because the health situation in the world is still critical and the fact that there were no problems for the first races does not mean that there will not be any in the future. Despite everything, Dorna is confident that it will be able to do at least 18 races this year, which would mean that Marquez would have 16 left to race. Those are not the only unknown factors however and two of the most important are called tyres and RC213V. Michelin's new rear tyre had caused major problems for several riders last season and the Spanish champion was unable to evaluate it on many tracks. In addition, his Honda has changed in recent months (even if the fact that it has not been able to modify the engine certainly helps) and Marquez will have to dial himself back in with it again.

The good news is that we will only have to wait a few days for the first answers.