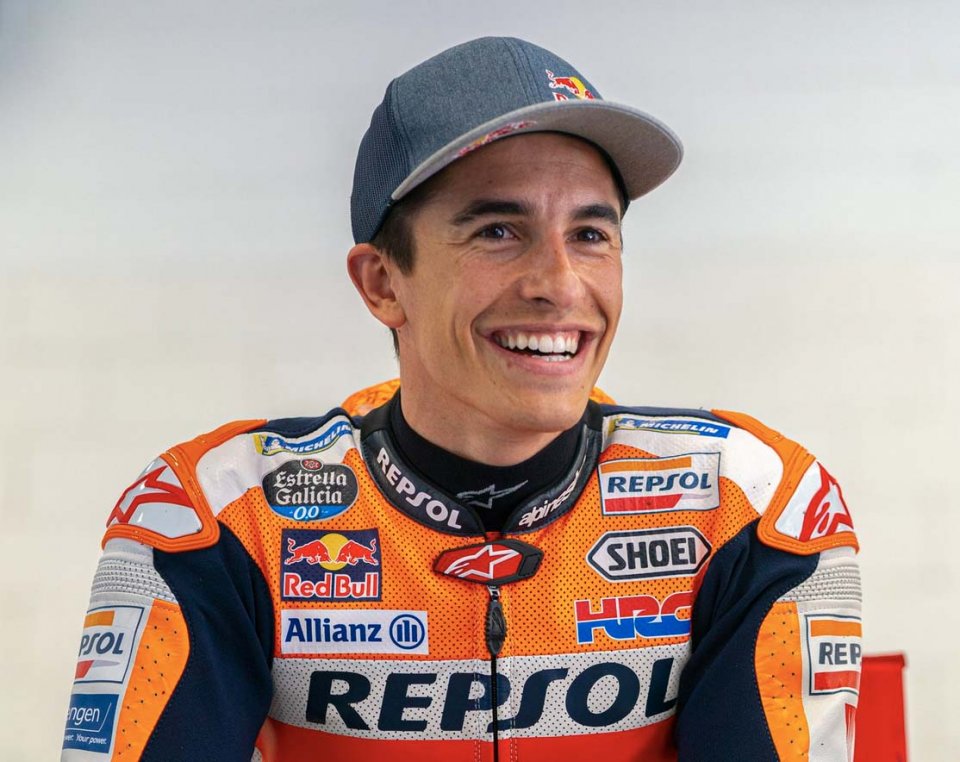 The OK came yesterday, a few days earlier than expected and immediately Marc tweeted "Yesterday I visited the doctors and they gave me the green light to return to racing. It has been a difficult 9 months, with moments of uncertainty and ups and downs, and now, I will be able to enjoy my passion again!See you next week in Portimao!".

This is great news that was immediately followed by a statement from Honda.

"In the review carried out on Marc Marquez by the Hospital Ruber Internacional medical team, four months after surgery, led by Doctors Samuel Antuña and Ignacio Roger de Oña, and made up of Doctors De Miguel, Ibarzabal and García Villanueva, for an infected pseudoarthrosis of the right humerus, a very satisfactory clinical condition was found, with evident progress in the bone consolidation process. In the current situation, Marquez can return to competition, assuming the reasonable risk implicit in his sporting activity".

Now all that remains is the obligatory medical examination at the circuit, by Dr. Angel Charte, and Magic Marc will be free to return to ride to win the world championship. In the meantime he has lost two Grands Prix and gives 40 points to the provisional leader of the standings, Johann Zarco, who leads the standings with 40 points (two second places). His other opponents are Quartararo and Vinales at 36, Bagnaia at 26, Rins at 23, world champion Mir at 22 and rookie Jorge Martin at 17. And then all the others.

The leitmotiv of the Grand Prix, therefore, from now on, will be the chase of the champion from Cervera. How long will it take him to catch up with his adversaries? Will he succeed? When will he win the first race? These are some of the questions that, starting from today, will be asked by his fans, but also by his detractors. The World Championship starts now.