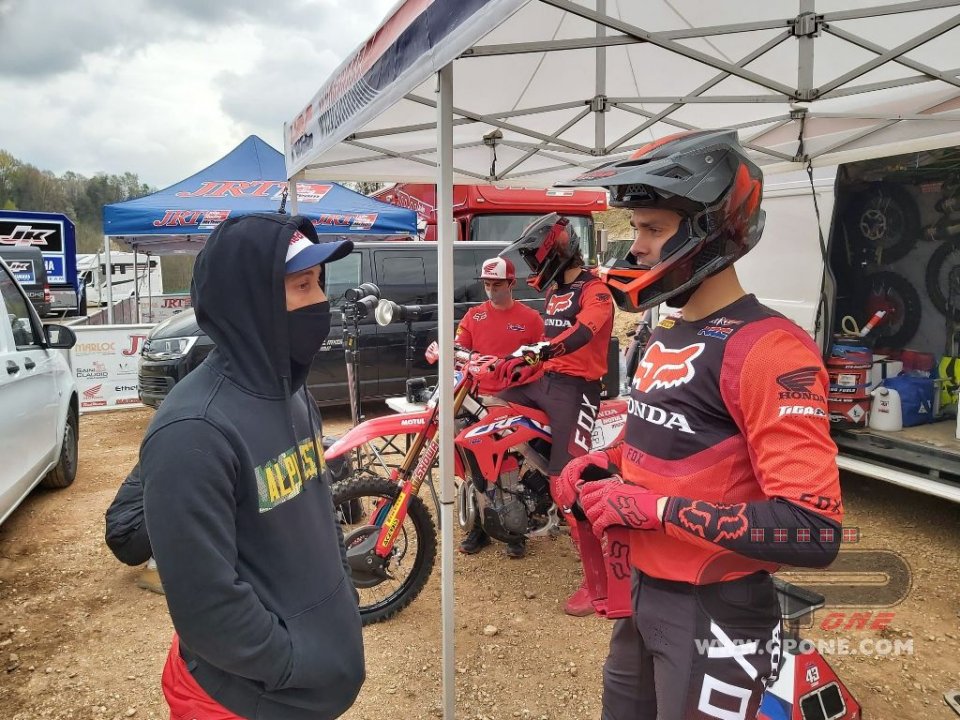 Monday is the big day! At 10 am, Andrea Dovizioso will make his debut on the RS-GP21 at Jerez. In fact, there is no lack of expectation to see the rider from Forlì in action with the Aprilia after the end of the adventure with Ducati which saw him become world championship runner-up three times.

In view of the two days in Andalusia, Dovi did not want to abandon motocross, which as we all know represents his great passion. Just today, the Italian rider was the star protagonist with his Yamaha on the Maggiora track, which for the occasion reopened its doors in view of the 2021 season.

For the reopening of the track, the organizer had invited Dovi, as well as Danilo Petrucci. Unfortunately, due to shoulder pain, Petrux had to pass up the invitation, while Andrea took the opportunity to allow himself a day on the dirt and discover all the secrets of the legendary Novara track. Together with him there were also two aces of the specialty such as Tim Gajser, four times world champion, and Gautier Paulin, who won at Maggiora in 2013 ahead of Tony Cairoli.

Dovi's presence did not escape the eye of the fans. Some approached him to ask him for a photo, some an autograph and some to wish him good luck for the future in the hope of seeing him again at Maggiora.

Andrea also granted a few words to GPOne, once he got off the bike and changed: “It was a good day, we had fun - Dovi told us - this is a fantastic track and I was happy to have had the opportunity to ride with riders like Gajser and Paulin ”. Some observers hoped to see him there again on the occasion of the World Championship round on 4 July: “I would be very happy to come and see the race, because I am a fan, but not to race. I have a hard time racing with the guys involved in the Italian championship, let alone those in the World Championship" he admitted with a smile.

It is certainly a bit strange to see Dovi all dusty and dirty with earth: “I like it like this - he explained - motocross is not like the MotoGP paddock. This is a very familiar environment and I love the way and at the same time the passion with which everyone lives racing”.

Speaking of MotoGP, Monday is the big day: “I'm leaving for Jerez on Sunday and I'll be on track on Monday. We’ll see”. We did not want to press Dovi on the matter, also because he himself will be speaking on Monday evening with regard to the two days with Aprilia.

Instead, he had time for a few comments with Gajser. In fact, both Andrea and Tim followed the two GPs in Qatar from home and, as far as we could hear from what they were saying, they were surprised by the performance of Jorge Martin, on the podium in his second MotoGP race with the Ducati. Afterwards, attention shifted to motocross with Andrea listening to the indications expressed by the four-time Honda world champion before hitting the track to end the day on Friday.