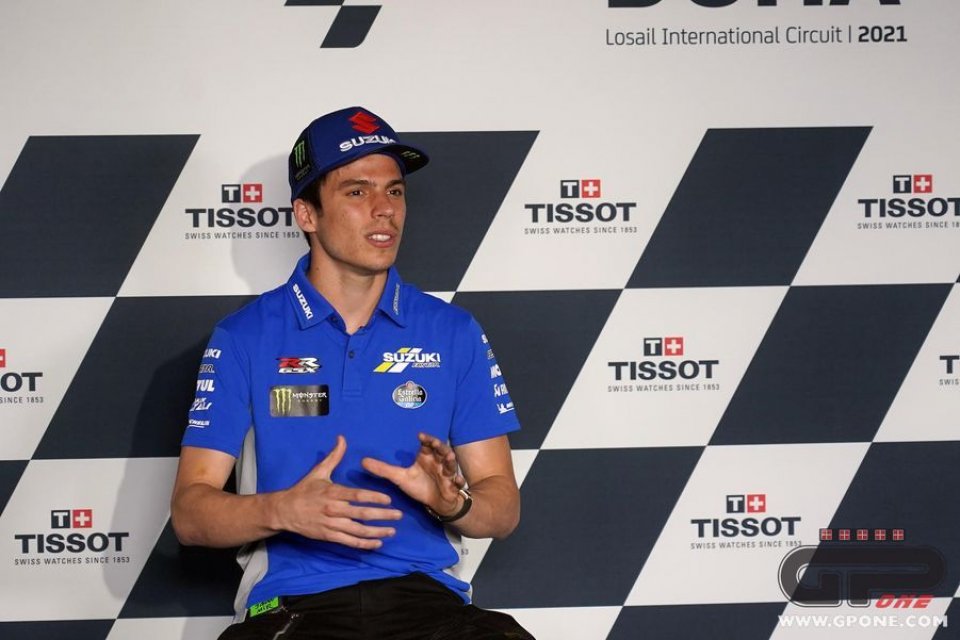 Leaving aside Quartararo’s victory and the Ducati Pramac double podium with rookie Martin in third place, the important event of the second MotoGP race in Losail was certainly the collision at Turn 16 between world champion Joan Mir and Jack Miller. The two, who had already touched at Turn 10, had a quarrel on the straight immediately after the incident and even after the race was over. But what actually happened at Turn 16? A very angry Joan Mir gave his response when, after the race, he practically refused to comment, focusing his attention, and that of all the reporters, on his collision with Miller. SEE THE VIDEO HERE

“I think Miller did it on purpose, I think it was intentional,” the world champion thundered. “It all started at Turn 10. The only point where I could have overtaken him. I took the correct position, and he decided to go wide and kept that line. We touched a bit, and I pulled the bike up. I made a risky maneuver, but not over the limit, and I immediately apologized because, in the race, I like to do that when I enter like that. At the last corner, I went a little wide and, when I looked, I saw Jack move his head as if he had seen me. I went as wide as possible, and he collided with me, and we touched again. We could have had an accident on the straight because of this. It was a risky and dangerous maneuver.”

The race direction investigated the contact during the race but decided not to intervene. Do you think Jack should have a penalty? Will you do something about it?
“I believe my team will have to figure out if there’ll be an opportunity to appeal or something else. I believe that these maneuvers in the MotoGP are above the limit. If he did it on purpose, as I believe, he deserves a penalty. He moved his head to look at me.”

Don’t you think it could have been a chance encounter?
“No, the same thing happened to me with Aleix Espargarò, and we didn’t touch because we saw each other. Different riders, different outcomes. Miller showed no respect in this situation.”

Speaking of the race, with Mir in 7th place, it was a great fight, with 15 bikes in less than 9 seconds. How complicated was it to ride in such a large group on a track like Losail, which is not exactly favorable for the Suzuki?
“It felt like a Moto3 race, and it was the craziest race I’ve ever participated in. Luckily, we’re leaving Qatar. I’m not happy with these two weekends. We all know what the performance of our bikes is on a track like this, where we’ve been racing for two weeks. Everyone knew which team and bike we needed to beat but, in the end, the Yamahas won. I think we did a good job.”

Speaking of the Moto3, Acosta won today starting from the pit lane. Did you watch the race?
“I congratulate Pedro Acosta. He did a great job and a crazy race. I know he’ll have a bright future. The other riders did a very slow race and gave him the chance to win. They’re probably angry.”

Now you’ll have some days to rest, then Portimao. How will you approach the next race?
“I’ve been in Qatar a lot. I’ll try to relax as much as possible at home, and then we’ll think about Portimao and all the European circuits. Here, in Losail, we didn’t have the fastest bike, so to speak. For example, after the contact with Miller, I ended up with two Ducatis up front, and it was really complicated. We need more normal weekends than this.”

Long Lap Penalty for Miller: he crashed under yellow flags