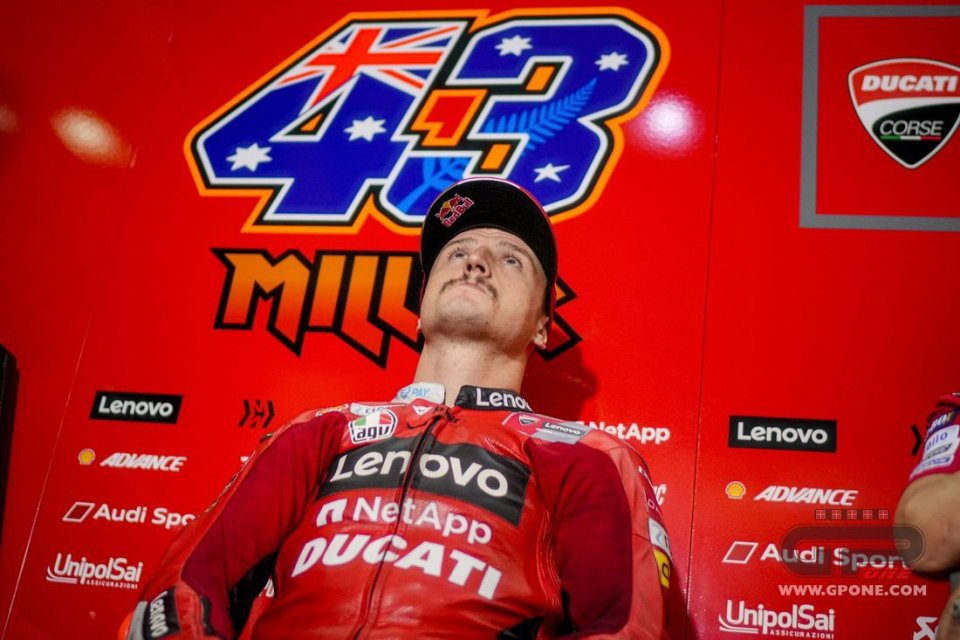 One of the most talked about moments of this Grand Prix was when Miller and Mir touched in entering the straight with nine laps to go. Previously, the Spanish and Australian riders ended up on the outs and, at that moment, they exceeded the limit. But not for the Race Direction, which listed everything as a normal accident, and Joan still complained about Jack’s behavior: “He did it on purpose,” he declared.

Of course, the Ducati rider’s version contradicts the Suzuki rider’s .

“Contact? There were actually three, a few here and there,” Miller began. “Everyone saw what happened. After that episode, we continued the race, so there isn’t much more to say.”

The Australian rider doesn’t believe that his maneuver was punishable by penalty.

“If there was anything wrong, they would’ve given me a black flag,” he continued. “Competitions are like that. Mir went wide and then closed the trajectory to re-enter, that’s all.”

Whoever is to blame, that accident still affected Jack’s race. But that wasn’t the only problem he faced.

“After that contact, I lost three seconds, but then I managed to do four really fast laps. It was relatively easy for me to recuperate,”  he explained. “But, at a certain point,  I began to struggle in changes in direction. It was an arm pump problem, my forearm got stuck.”

The right, in particular.

“At first, I couldn’t turn the throttle properly, then I couldn’t brake. I don’t know if it was a problem related to this track. I’ll have to do some tests the next few days,”  he stated. “Last year, I suffered from it in Jerez. I had some treatments to solve it and everything went well. I’ll work on it in the next few days. Surgery? I hope there’s no need, also because I wouldn’t have much time for it.”