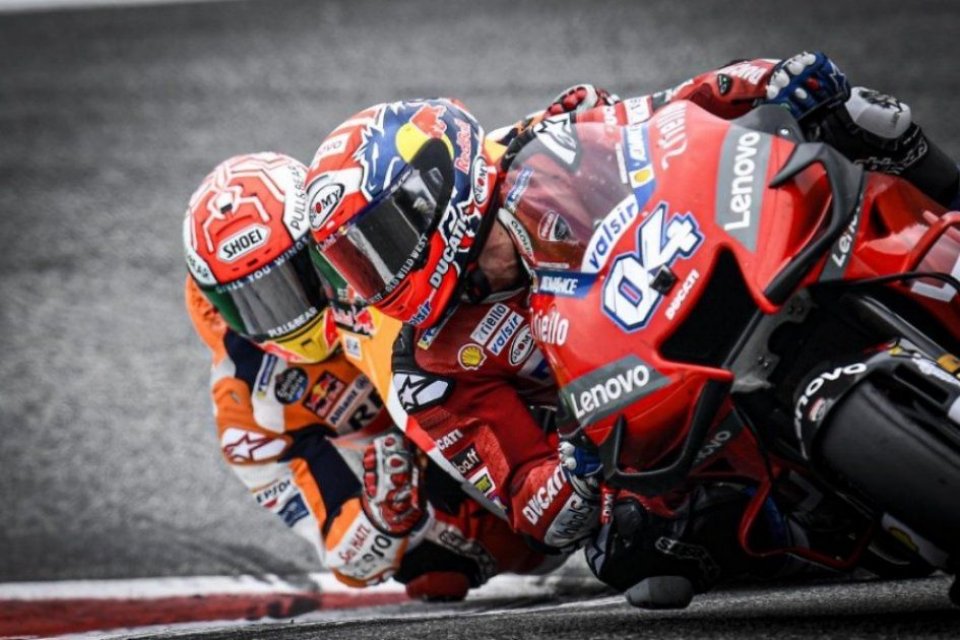 After two weeks of ‘hell’ in Losail, MotoGP takes a weekend off to catch its breath, and next Monday will be the start of a new Grand Prix week, this time at Portimao. The Portuguese track was the venue for the final act of the 2020 season, the scene of the definitive festivities, given that the title had already been mathematically assigned at Valencia to Joan Mir and also by the final farewell between Andrea Dovizioso and Ducati after eight years of love and hate.

Not even Marc Marquez was there on November 22 in Portugal; the Spaniard in fact was probably informed at that time of the need for a new operation, the third in a few months, which was then carried out on December 3 to treat his injured humerus. The Portimao track, however, was also the place where Marc Marquez illuded motorcycling enthusiasts from all over the world, by testing the Honda RC213V-S and showing his aggressive approach to the last corner on video. In seeing those images, almost everyone expected that Marc would be present and maybe already competitive in Qatar, but this was not the case.

Marquez and Dovizioso were the outright protagonists of the world championships from 2017 to 2019; the final win was always achieved by the Spanish Phenom but many times Dovi and Ducati were able to keep up with the Martian giving fans from all over the world some really exciting battles. Now that both are far from the paddock it seems that their fates have crossed once again as their calendars have a date circled in red - a bit like they do in the movies - and the date is April 12th.

In the Marquez corner next Monday the doctors will have to visit the eight-time world champion to remove the doubts about his condition and give the green light - or otherwise – for him to return to the world championship after almost nine months of absence. The visit and examinations will most likely take place at the Ruber International Hospital in Madrid where the Spaniard is followed by the team that performed the third operation. Making any prediction on the outcome of the day is almost impossible, but it is certain that - as Dr. Costa pointed out - for Marquez (and his staff) the time for courage is over, to make way for prudence.

Again in Spain, at Jerez de la Frontera, which was the last track we saw Marc Marquez riding a MotoGP bike, and again on April 12th, Andrea Dovizioso will get back on the bike, and he will do so with Aprilia, which sparkled in the hands of Aleix Espargarò in the two GPs in Qatar. Who knows what Dovi's sensations will have been in seeing two Yamahas and above all no Ducati, winning at Losail where in the last two editions it was he who had triumphed with the Borgo Panigale bike. The test, Massimo Rivola has reiterated, will serve as a test bed for Dovizioso to form an opinion on the Aprilia but such a day obviously gives the impression that it might mean something more. The Noale manufacturer has a second rider in Lorenzo Savadori who is currently not competitive; he was a tester last year and could return to that role without any particular problems, making way for Dovi.

In short, there are a lot of unknown factors for an April 12th that will tell us a lot about the future of the world championship, because two of the most important personalities of recent years could return. We will see if their destinies are truly crossed…