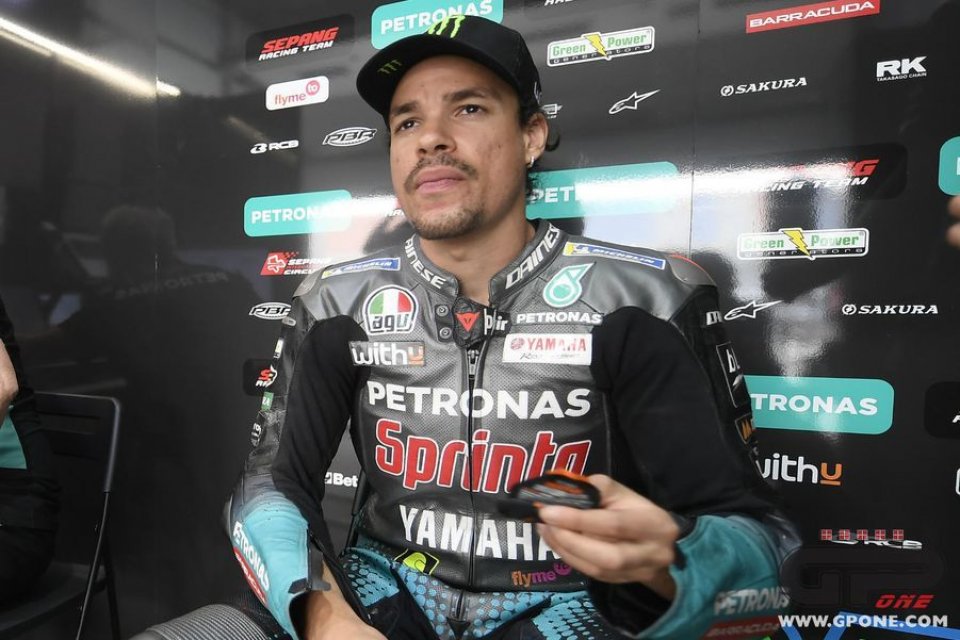 Franco Morbidelli's two weekends in Qatar certainly cannot be considered positive, at least as far as the results go. Eighteenth place last week came after a race in which he was in total difficulty and twelfth position conquered in tonight's fall far short of the expectations that everyone had for the 2020 runner-up, who now finds himself 36 points away from the top slot.

"These have been ten difficult days - Franco said at the end of the race - This morning we made big changes to the bike to make it similar to the beginning of 2020 and I was able to fight better than last week. I'm not fast on the straight and this made it very difficult to overtake other riders and I struggled to keep up because my tyres were finished too soon. I wasn't consistent throughout the race, but I improved my sensations and it's a good thing even if the result wasn't what I wanted ”.

In these two weeks you have said several times that you are not fast in the evening, so when temperatures drop. Have you figured out how to improve this situation? The other Yamaha riders, Vinales and Quartararo, have won here in Qatar, have you compared your data with theirs?

“I have understood little from these nine days, I was very fast in some situations and slow in others. I honestly can't compare my data with theirs because they have a different bike and so I don't know how they managed to go so fast and have such good control of tyre wear. Obviously this is a double-edged sword because when I go well they won't be able to see my data ".

Your weekend didn’t even start in a good way with the two engine problems in FP1. Did you find out anything more? Even Valentino has been plagued by a few too many problems in these two weekends, do you know anything about it?

“I don't know anything new about my engines, and I don't want to know. As for Valentino, I can say that my problems are big enough for me to focus only on myself ”.

The next round will be in Portimao where Morbidelli finished third behind Oliveira and Miller last year. What will be the most important thing to do for that race?

"The idea I have for Portimao is to start from a blank sheet and start again in the same way I finished 2020. I have to talk to the team but that is a track where we have already raced and the bike, as it is virtually the same, was fine. If I don't have feelings similar to last year it will be worrying because I will have to rewrite my story in a different way than in 2020 ”.

Morbidelli: “I’d like to jump into the same boat as the other Yamaha riders”