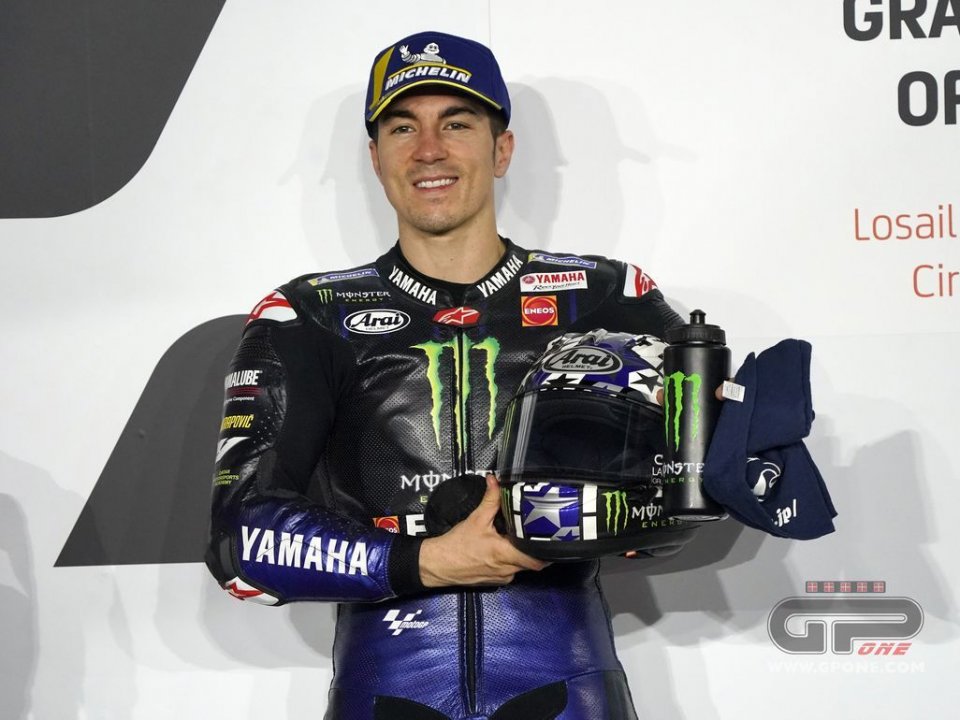 Maverick Vinales seems to have a subscription to  third places in qualifying in Qatar. Remembering what happened a week ago in the race, it’s not a bad place to start for the Spanish rider. But the Q2 was not a walk in the park for him. After a first attempt, he returned to the pits shaking his head and seemed to break down.

“The situation in the garage has changed. There’s more trust and loyalty,”  he pointed out. “The first attempt didn’t go well, and I wanted to make it clear to my team so that they wouldn’t touch anything. I remained  calm. It’ll serve as a lesson if I have more difficult times. I went back and pushed hard.”

It went well.
“It wasn’t easy to get in the front row, but then I had a good lap, and I thought it was enough for the pole, so hats off to Martin and Zarco. Especially Johann who has been working well these days. He has a good pace, as do Quartararo and Mir.”

What did you work on in practice?
“Only on small things. In the FP4, the wind was very strong, and I believe that if it decreases tomorrow, I’ll be able to be faster in the third sector of the track. I feel good on the bike, and that’s the most important thing.”

What do you expect from Martin in the race?
“He's really talented. Already last Sunday we battled it out a bit. I think he’ll  become a strong rival in the future.”

Will the Ducatis always have an advantage on the start?
“Yamaha is working on the system that lowers the bike on the front. They’ll bring it as soon as possible. Losail is a unique track. We can overtake in corners but, on other circuits, it won’t be possible, and the start will be more important. I hope to be the best on  the start… after the Ducatis,” he said laughing.

What do you expect for the race?
“The pace seems clear to me, but then anything can happen. My plan is to push from the first lap, set a fast pace, and manage the tires. Let’s see if I can be faster than last Sunday.”