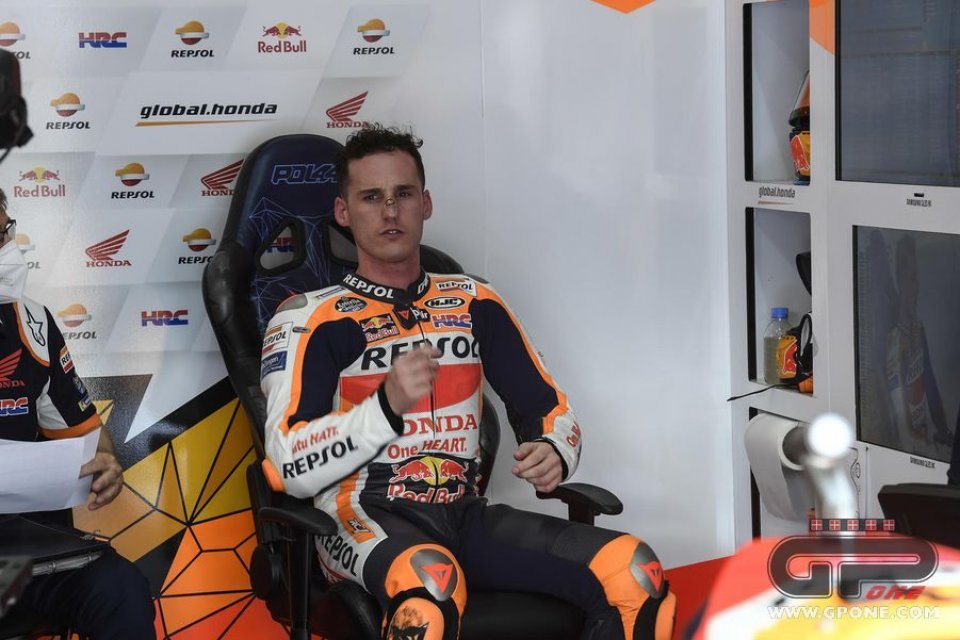 Left out of Q2, Pol Espargarò will start from the 15th spot on the grid for the Doha Grand Prix. The Spaniard seems to have lost his bearings after the pre-season tests. The Honda Repsol team man declared that he was frustrated and almost unable to find the right direction to follow. The absence of Marc Marquez becomes increasingly cumbersome and, to date, his return to the track is fundamental for Pol to be able to understand how to work on the RC213V.

"I don't know what to say, the thing that angers me the most is not being able to control the situation - said Pol - The first tyres I put on in qualifying weren't going absolutely well, I stopped and put on the new ones, then I managed to do this lap in 1'54.400. I lost all the benchmarks and as a result also two tenths at the first corner. It's very frustrating because I can't quite understand what happened. Tomorrow I will have to be very careful with the tyres and I will have to do a lot of overtaking like last week. With the team we have to understand how it is possible for the Ducatis to lap two seconds faster than us ”.

So the problem was the tyres?

“In the first exit, yes. I'll have to check all the data well. In the tests everything was fine, I had grip and I was able to control the situation well, but now I can't understand what is happening”.

Do you think the problem may come from your way of thinking, your approach?

“I'm the first who tries to push himself, no one can do it the same way as I do. I am aware that sometimes I push a lot and then I feel frustrated, like today. The hardest thing is that every time I put on a new tyre I seem to feel something different. During the tests, everything was simple: I started, gave indications for the set-up of a standard bike and everything was fine. Now I can't find a standard to follow ”.

Do you think it is a problem in some way comparable to that of KTM?

“Everything is completely different. Both the condition and the sensations on the bike are different. I don't know what their problem is, for sure I'm not having fun. There are not enough people in Honda who are able to identify the problem to understand what needs to be worked on ”.

Regarding what you just said, do you think that if Marc was here it would be easier to spot the problem?

“I wish I could say yes but I don't know. Last year they told me that the difference between Marquez and Takaaki wasn't that big. Marc certainly makes a difference on the bike but Nakagami is having a lot of problems. I would like to have someone who is a second faster than me and who would tell me what to do, but there isn't anyone. We are all in the same situation. I'm 99% sure that tomorrow the situation will be very different in the race ”.

Rossi: "I stress the tires too much. The problem is clear, not the...