Yesterday some riders, including Joan Mir, complained about the performance of the pre-heated tyres. What is meant by this term? Here to explain it is Piero Taramasso, circuit race manager for Michelin.

“These are tyres that have been allocated to a team but have not been used – he said – and while they were with the team they have put tyre-warmers on them and kept them heated to around 90 degrees C. As the tyres were not used, they were returned to us (as is normal practice) and then reallocated at a later date.”

Does this affect the performance of the tyres?

“We have done extensive tests on our tyres which have been kept in this pre-heated state, and these tests show that it does not negatively affect their performance. Our technicians carefully monitor and log the time that each individual tyre spends in warmers, and this ensures that none of the tyres is kept on warmers for anywhere near the maximum time limit. To highlight this point, yesterday Jorge Martin and Enea Bastianini did their fastest laps during FP2 on pre-heated tyres!”

Is this a one-off for Qatar?

“No, but due to the number of pre-race tests and the two back-to-back race weekends here, it has become much more apparent.”

Did all teams get pre-heated and tyres, and which tyres?

“Yes, all the teams have received the same quantity of pre-heated tyres, and it could be any type of tyre – Soft, Medium or Hard.” 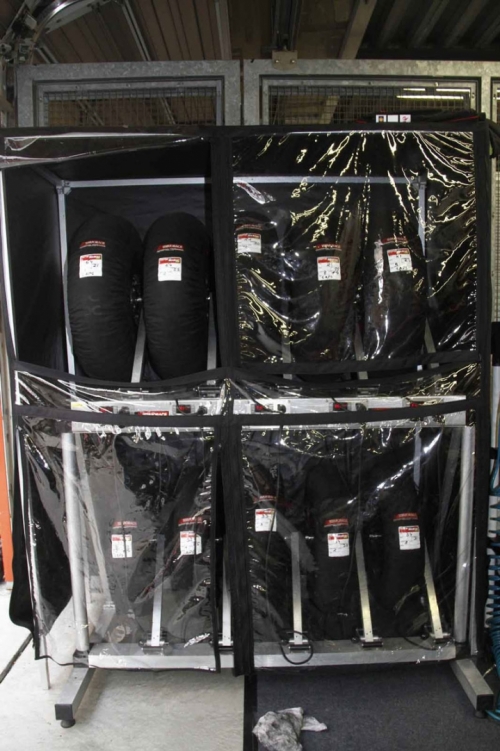