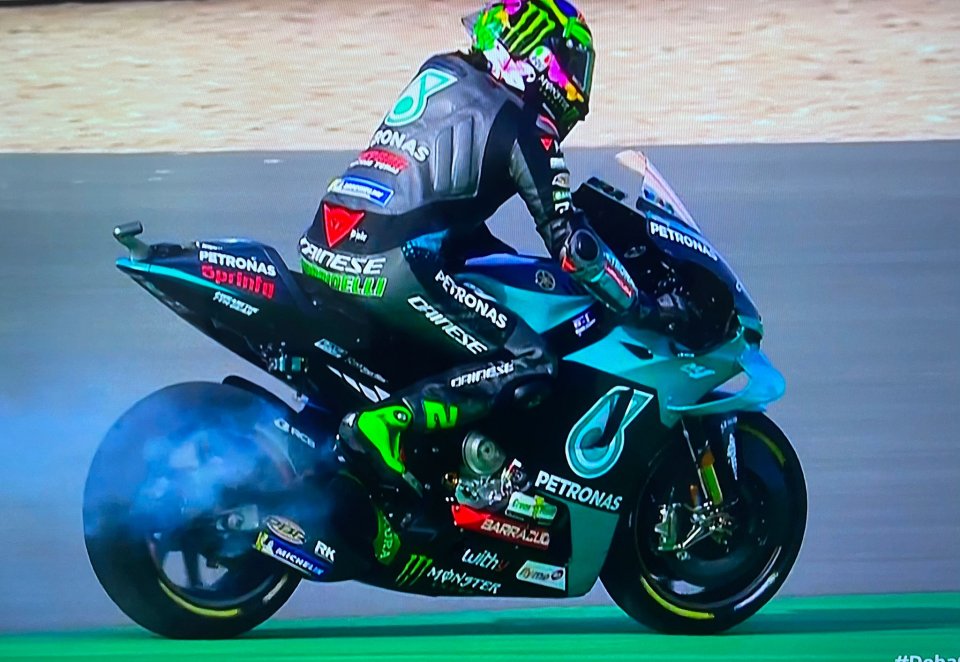 Morbido's world championship didn't start well. After the problem with the monoshock of the first Grand Prix in Qatar, during the first free practice session in Losail Franky was forced to stop for a sudden smoke from the exhaust of his M1 and return to the pits to take the T-bike

Apparently it was not an oil leak that caused the smoke. The engine will have to be examined to see if it is an internal failure or a solvable problem. It would be a serious inconvenience, in the first case, since the teams have only 7 engines available to race the season and losing one in the early stages would be a major problem because it would force them to make greater use of the remaining engines.

This, if there was not the umpteenth batch of unreliable parts, as happened last year for the valves.