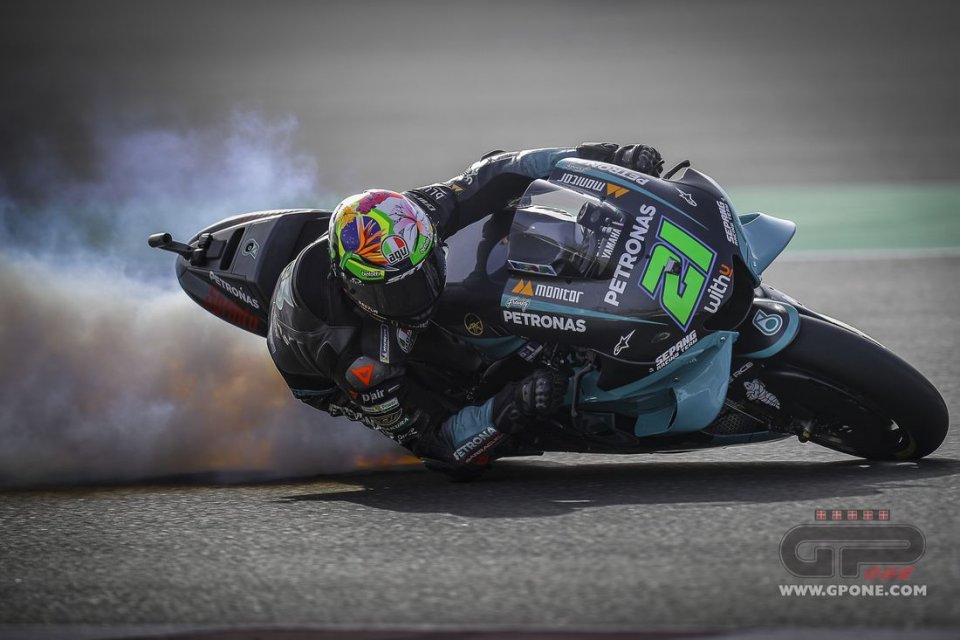 One of the talking points of this Friday, destined to remain centre-stage for some time, was Franco Morbidelli's Yamaha engines. The Italian rider, who receives a different treatment from the Iwata manufacturer than that of the factory riders and Valentino Rossi, ran into two problems today on two different engines, one of which was then completely replaced.

"I know it's not a big problem, the technicians told me and I trust them - said Morbidelli - The problem we had today is not like last year's in Jerez when the engine really broke down. I stopped today because I saw the black and orange flag with my number on it. I didn't feel any particular problems and there was nothing on the dashboard ".

Were you able to find the causes?

“Not yet, but as I said it doesn't seem to be a big deal and I should be able to keep all the engines. For sure the weekend started a bit uphill but FP1 is the perfect session to have problems. Anyway, I have to thank all the guys on the team who did a super job to change an engine in time for FP2, we did it for safety reasons because here in Qatar that is a fundamental session ”.

In fact, in FP2, Morbidelli managed to react and ended the day in seventh position, also showing a decent race pace. What were the feelings once the evening fell, which was the big problem last weekend?

"Today there was more balance in terms of the track conditions between day and night. I finally went well even in the evening, it took me eight days but that's okay. With a medium tyre I lapped faster than last week and the flying lap was pretty good even though I only made one attempt. I'm satisfied".

How do you see the fight between Yamaha and Ducati this weekend?

“I think it will be more difficult to fight with them in qualifying but I feel I have more potential than seven days ago and this makes me feel good. Doing a good qualifying and getting a place in the first two or three rows will be crucial because the Ducatis seem less dangerous in the race ”.

How do you feel with the wind? Are there any differences between the behaviour of your bike and the other Yamahas in those conditions?

“I would say not because the aerodynamic package is more or less the same. I don't think I suffer much more with the wind ”.