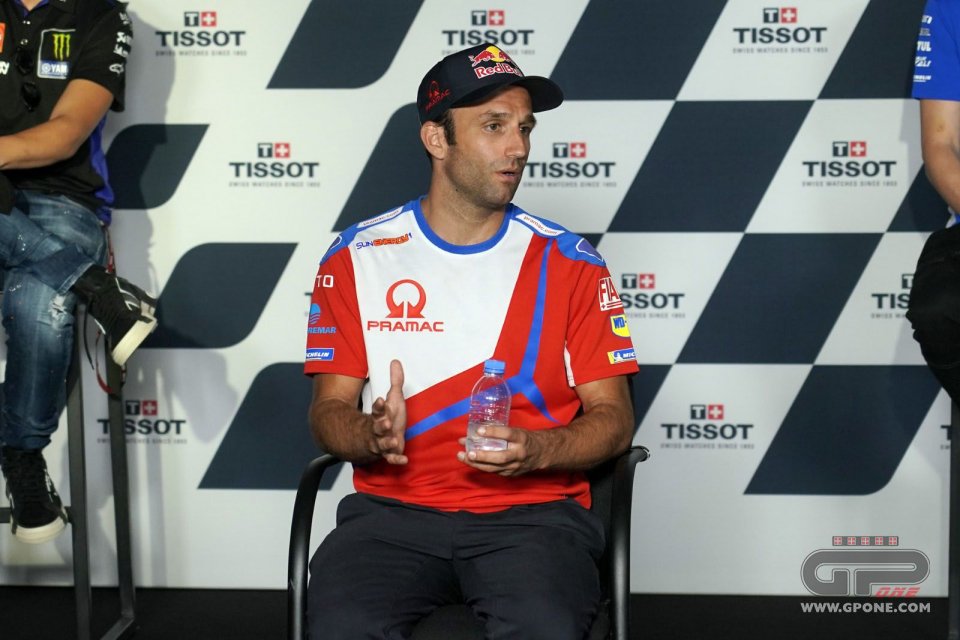 Johann Zarco started the season in a great way with Ducati Pramac colours, having the satisfaction of getting onto the second step of the podium in Losail, beaten only by a Maverick Vinales in a state of absolute grace. The Frenchman realized the potential of his Ducati GP perfectly, managing to get the better of Bagnaia and Joan Mir in the end of the race. Gigi Dall'Igna did the right thing at the end of 2019 to not let him abandon the MotoGP paddock to return to Moto2.

After a first season on the Ducati in the Avintia team, Johann has this year one of the best chances of his career, also to permanently wipe out the bad 2019 he experienced on the KTM. In the press conference before the second GP of the 2021 season, Zarco spoke of his satisfaction with the podium he achieved and above all his complete confidence in the fact that this Ducati can allow him to fight at the top every Sunday. The Frenchman was fast enough to recall the times of his legendary backflip celebrating a victory at the end of the race.

Zarco: "I have to try with my new leathers, but I think I can still do the backflip"

"I can't wait to be able to do my backflip again - said a smiling Zarco - every now and then I try to do it in the gym and I still can. I still have to try with the new leathers, but I think that if I need to do it, I will have the strength! In 2017 I had less experience. Now I think I have everything it takes to do a great season. On Sunday evening Dall'Igna told me 'in the end you did well to stay in MotoGP at the end of 2019' and it's true , because I was really about to go back to Moto2. Then I started talking with Avintia and Gigi pushed asking me to trust him because something good would come. He was right, because if I had gone to Moto2 in 2020, I wouldn't have been on the podium in MotoGP on Sunday . "

What do you think is the key to winning on Sunday?

"As Maverick Vinales said, tyre wear is the main issue. Having followed Maverick in the race helped me a lot to stay at the top until the end. In the end Mir passed me, but at least I had the opportunity to pass him and finish second. I think Pecco does not want to lose the race this time and I know he will improve working on the tyres. We will all work to avoid problems in the second part of the race, but we have to do it by managing to be fast until the end. This time we want to fight for the victory and not just for the podium, but we must be able to have a good pace without stressing the Michelins too much. "

Losail seemed on paper a guaranteed victory for Ducati. If you failed to win on Sunday, would you be worried?

"I won't be worried if we don't win here. We are competitive and I think we can fight for the podium on every track. Having two bikes on the podium on Sunday is a great sign of our potential. Our goal is to win and I think we have the chance to do so, but we must work to finalize the potential ".

For the first time in years there are two Frenchmen at the top in MotoGP. What effect does it have on you fighting with Fabio for the very first positions?

"It's nice that both Fabio and I are up front, I'd like to fight with him soon for important results. Last year he won some races, I still haven't succeeded but this year I think I have the potential to do it. We are not on the same bike or in the same team, so there is not a lot of strategy between us. When we have to fight to win we will do it, and I know we will do it in an intelligent way. I think it is nice for the French fans to have two riders fighting for the top positions ". 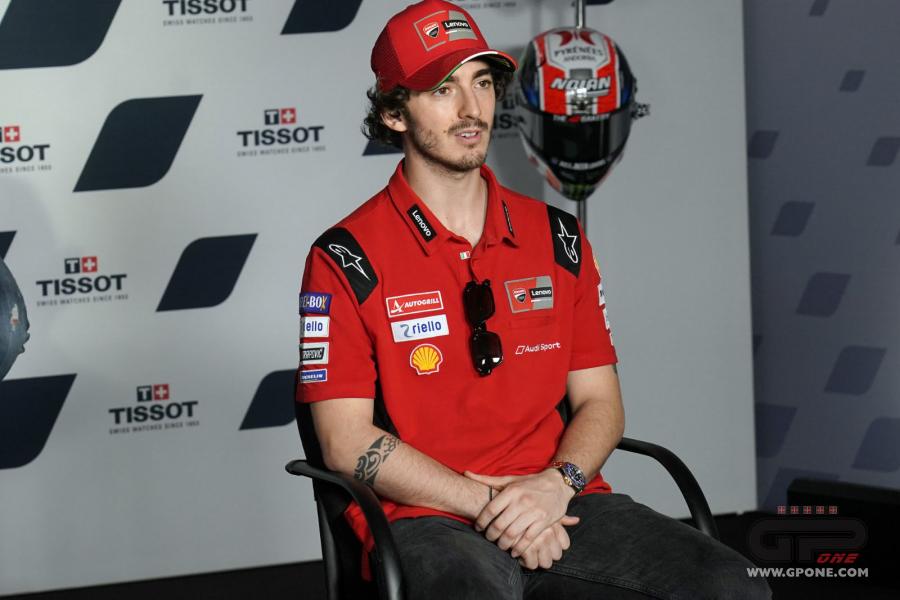 Bagnaia: "If I had gone slower at the beginning, Vinales would have passed us earlier"

Also present in the conference was Pecco Bagnaia, who finished in third position in the race at Losail after having dictated the pace for most of the Grand Prix. The Italian knows he has the chance on Sunday to climb the last two steps of the podium and the GP raced last weekend undoubtedly showed him where to improve.

"I think I was perfect in the first corner and I will try to do the same thing again. Certainly treating the tyres better will be the key. But I think that on Sunday if I had a slower pace at the beginning maybe the Yamaha riders. and the Suzuki would have passed us before and then managed to set their own pace. The wind was also fundamental in the race, and will play its part on Sunday as well. We worked a lot on the data and now we know how to change the set-up, then following the Yamaha and Suzuki has given us a big hand in understanding where we have a margin. Never say never when it comes to MotoGP, the second races last year were often very different from the first on the same track. The pace could be very different this week, but we will try to stay ahead again. "

Bagnaia: "We can get on the podium on every track, this is the key to the season"

Did the Yamaha and Suzuki surprise you? Losail seemed like your ideal hunting ground…

"The first race showed us that the Yamaha and Suzuki were very competitive. The first part of the race we were more competitive, then they recovered. We lacked consistency compared to them. For me it won't be a worry maybe not being able to win on Sunday. We know we have the opportunity to do it, we just have to work better. In 2020 the Ducati was competitive on all tracks. Sometimes Jack and I were fast, sometimes Zarco was fast. We know that the package is very competitive and that we can get on the podium at every track and this will be the key to this season. "

If you had to choose the tracks for your test rider, Michele Pirro, to race, which would they be?