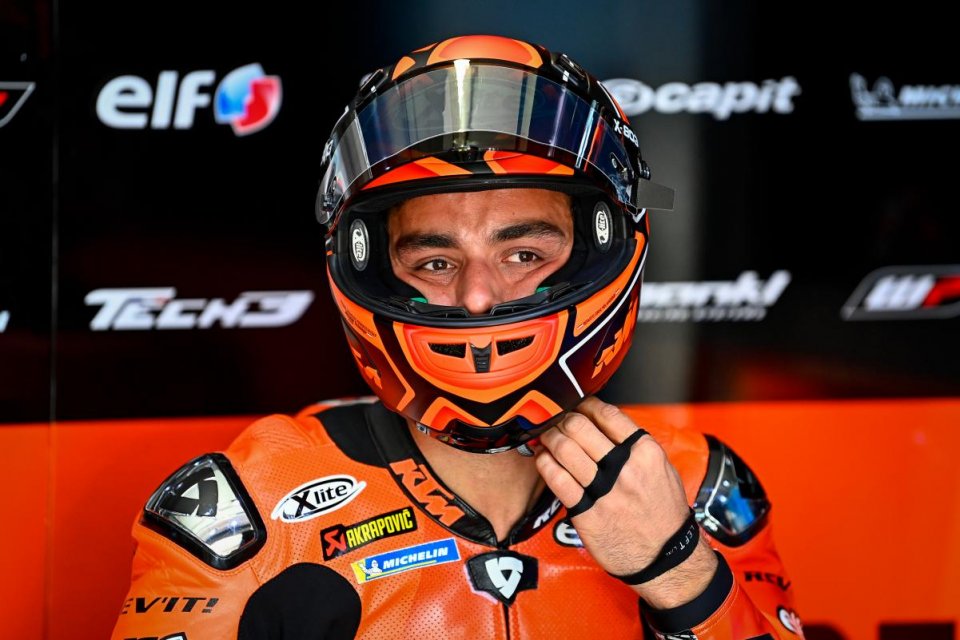 With the race over after not even one lap, Danilo Petrucci certainly did not make the best possible debut on the Tech3 team's KTM. A pity about that crash in the early stages of the race since it would have been important for the ex-Ducati man to notch up the mileage and experience on the new bike. On top of that, Danilo also took a hefty blow to his shoulder. Will he be able to recover the best condition for this weekend's GP?

“On Monday and Tuesday I was a bit scared of the pain that my shoulder was giving me - he said - In 2019 in Valencia I had injured my supraspinatus and every time I fall on that point it hurts. Anyway, I started anti-inflammatory therapy, and I have to admit I'm getting better. The crash was a shame because I touched another rider but it was not his mistake or mine. I mean we were in the middle of the track and trying to find a way”.

What are the problems you encountered on the KTM?

“The choice of the front tyre was a problem because I wanted to try to race with the medium but the temperatures dropped a lot in the evening and with the wind it was complicated. We expect this drop in temperatures also this weekend. I have some things to try to keep the front up to temperature, I only put in three gears in the race and so it's not like I had too many problems. "

Your KTM, however, seemed to suffer on the straight, in fact (Morbidelli aside) you were the slowest rider last weekend in terms of top speed, a negative record for you.

"Yes, last week I also crashed first in the race and so I picked up enough negative records - Petrux replied, trying to joke - Here in Losail there is a very long straight that certainly does not help us. The KTM is strong when there is little grip because it has a lot of grip and uses traction out of corners. In Austria last year they were very fast but it is clear that we have a big deficit in top speed and that means there are tenths that accumulate at the end of the race. Their aerodynamic philosophy is to be a compact and tapered bike, which for me, being a bit bigger, is an additional problem. The other bikes try to protect the rider more while on the KTM I stick out a little more ".

What are the objectives for this second race in Qatar?

"Now finishing the races is the minimum goal, I'd also like to do some results because I'm a rider and that's what I like to do. My adventure with KTM didn't start on the right foot but it's nobody's fault, now we have to keep working. I have to fight with the other KTM riders because I want to see how they ride in the race and what I can improve ”.