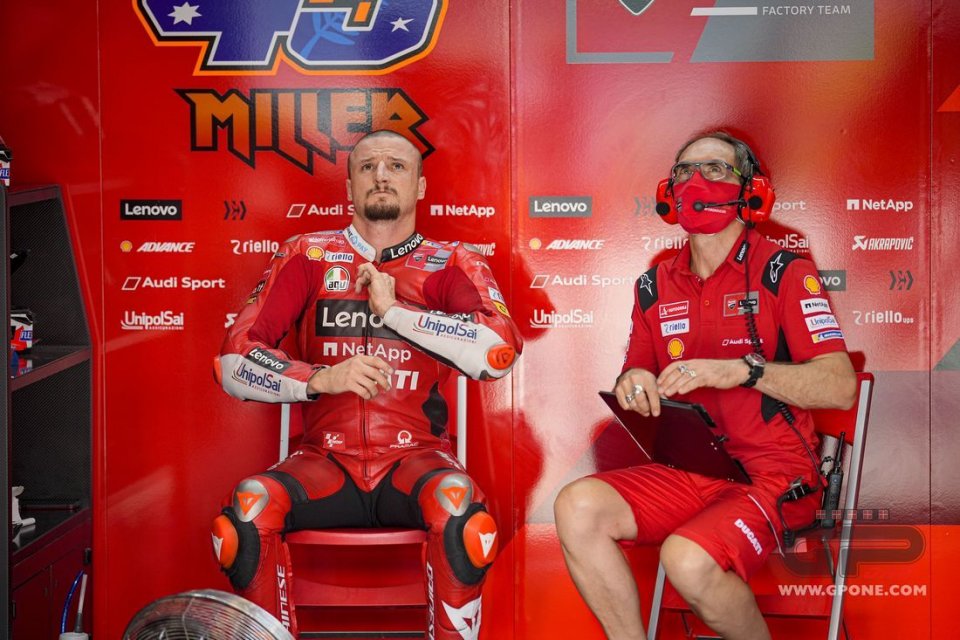 Last Sunday things did not go the way Jack Miller had expected. After being competitive in both tests and practice sessions, the final part of the race in Qatar was a disaster for the Australian, who was struggling with tyre problems. Tomorrow he will be back on track on his Ducati and will have to find a solution in time for Sunday.

“I think the objective is the same every weekend, last weekend we were unfortunate – he explained - but we know the issues, we know what happened and we can improve on that and do better this weekend. There’s no must-wins, it’s still very early in the championship. But for sure, we’ll try our maximum to arrive close to the top if not on the top.”

These days off have been used to analyse the race together with his team.

"The wind was not ideal for us but neither was it the problem - continued Jack - We suffered a strange vibration coming from the rear, made me not able to carry the corner speed as I’d like and in the end I was not able to ride as I’d like. I was trying the other strategy and for me it was going perfectly until 11, 12 laps to go I started pushing and like eight laps from the end I went off a cliff.”

Hearing Miller speak, Dovizioso's troubles with the Michelins come to mind last year. The Australian, however, wanted to clear up any fears.

“It’s difficult to say what I can say about it. It was just tyre-related, a one-off thing – he stressed – So, like I said, we know the situation. My plan and my strategy I felt was good, so I just need to go back, reset and start again.”

Finally, Jack commented on his rivals' performance in the first race.

“I said that in the tests the Suzukis were hiding - he recalled - Even the Yamahas didn’t surprise me, but I don't know what happened to Morbidelli and Rossi. Vinales was fast, but without my problems I could have followed him after he passed me. For the rest, I would say it was a race with a fairly fast pace, especially when Bagnaia set it at the beginning. "