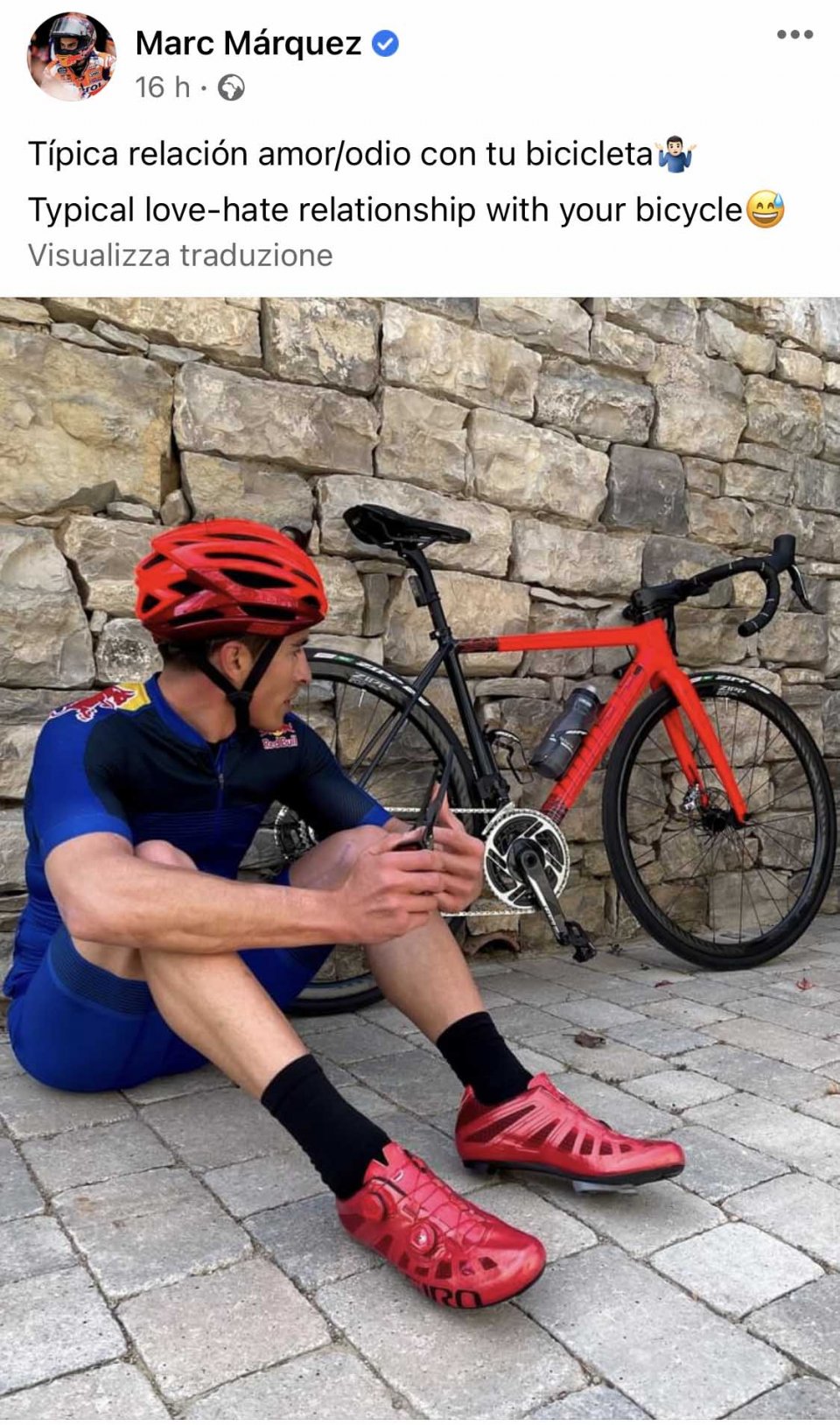 The arrival of Marc Marquez in Qatar during the second GP of the season is certain, but it is not certain that 'Magic' will be seen on the track. His presence is in fact linked to the need to make the booster of the Pfizer vaccination to which he underwent.

After deciding, on the advice of his doctors, not to run the first two races of the championship, the 8-time world champion has taken the path of prudence and wisdom, so much so that his presence on the track in Portimao in two weeks is not even sure. Even if the two days of testing on the Portuguese circuit with the RC213-V S would suggest it.

In any case, Marc is there training, both on his bike and on his motorcycle, as shown in this enigmatic image in which the star rider underlines the afterthought that brings together all those who practice fatigue sports: "the typical love/hate relationship with the bike".