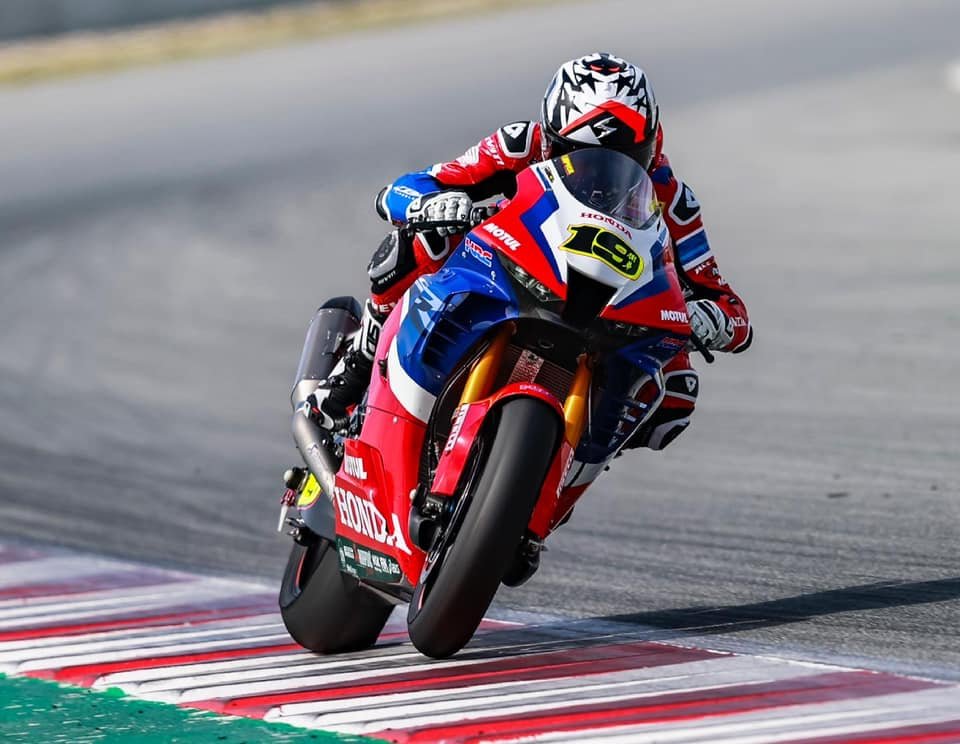 The first day of Superbike testing has just ended in Barcelona and, of course, everyone's eyes are on the standings and the work the riders and teams are doing in the pits ahead of the start of the season. One man who ended the day a few minutes early was Alvaro Bautista who finished in eleventh position just over a second behind Jonathan Rea. What was the reason for this early stop?

“I hadn't even said anything to my team because I wanted to see how I would feel today on the bike, but the truth is that last weekend I had a small accident with a motocross bike in training. I took a big blow and this morning I realized I was in a lot of pain. I tried to do all the tests we had to do today but I had to stop early because I was very tired and tomorrow we have another day of work ”.

The Honda team is in its second close test session as it was in Jerez de la Frontera for private testing just a couple of weeks ago.

“Before today I had only done the two days of testing in Jerez. We have received some new stuff from HRC regarding the engine, electronics, position on the bike, weight distribution and set-up in general. HRC has worked hard over the winter and now we are looking for a good base for the start of the season. "

What has improved on the CBR1000RR-R compared to last year?

"Now it seems that the electronics work in a more balanced way, I feel that the bike is consistent in its behaviour throughout the lap and in all corners. Before, she was a bit "crazy" and there were different sensations depending on the curve and the way of approaching it. I think I've made a big step forward, now the Honda is more neutral, it's not the same bike as last year ”.

Today for the first time you did a collective test and what emerged was a big balance with all five manufacturers in the top five of the standings. Do you think this balance will also be seen over the course of the season?

"I think it will be a balanced year, all the manufacturers are working hard and the gap between the various teams is closing. There will be fights for the win compared to the last two years where we only had two teams going for the win ”.

Tito Rabat, an old friend of yours, was also on the track with you. How will he adapt to the category? It seems that he is struggling, unlike you who won 16 races in your debut year.

“I have known Tito for many years, he is a fast rider and he really works a lot with his head down. Now he is on a nice bike and in a good team, you have to give him time to adapt to the tyres and the engine but I think he can do well in Superbike. I was lucky enough to arrive in this category with an official team and I felt good right from the start, but not everyone can do it. Comparisons cannot be made ”.

"Yes, it was really nice to see the race because we hadn't seen them for a while. I didn’t expect Vinales to win and it was fun to see the Ducatis overtake Mir like that on the straight. Pol Espargarò also surprised me, he did a great job and it seems that Honda is making a bike for everyone, not just for Marquez ”.