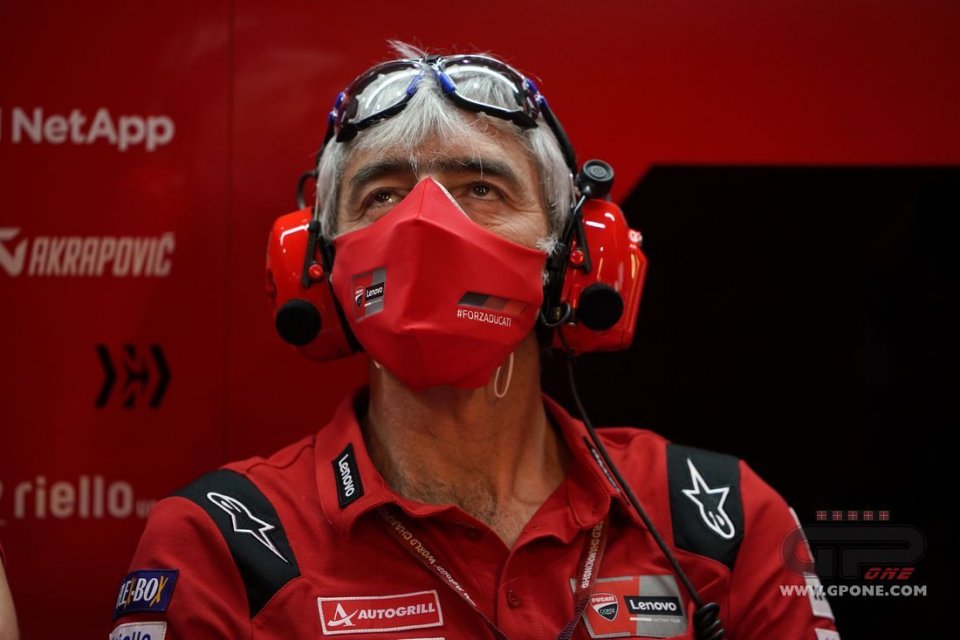 The first GP of the year in Qatar couldn't have started better for Ducati: the circuit record in qualifying with Bagnaia and the absolute record for top speed with Zarco. If we consider the victory with Dovizioso in 2018 and 2019, the first race of the year seemed to go in the right direction. It seemed to, because Yamaha with Maverick Vinales got the better of it.

“The wind got in the way, it ruined our plans. We have a bike that’s more sensitive to gusts due to aerodynamic characteristics,” Gigi Dall’Igna explained in an interview with La Repubblica. "It’s not an excuse. On the contrary. We need to improve in this aspect. We still came in second and third place. We’re very confident for Sunday. And if we don’t win, we have nineteen races left to make up for it.”

The fact remains that the engineer from Venice and his men still managed to improve the Desmosedici despite regulatory restrictions. The 362.4 km/h proved it. Just think that the best F1, with Bottas, had reached 378 in the past, not much more.

“Without downforce, why not reach it? But only theoretically,”  Dall’Igna hypothesized. But that record is also the result of the new fairing that, you can be sure, will set the standard.

“It works. But we’ve only tried it here. It’s too early to say if it’ll give us advantages elsewhere as well, ” Dall’Igna continued.

When your opponents will present a similar solution.

“It’ll take a while. And when they understand, we’ll have already found something new,” was his answer. “It’s part of the game. But, on pure speed, I think we’ve reached the limit.”

The most important thing, however, is that the Ducati seems to have become more rideable and riders with different styles now manage to be fast.

“The MotoGP must be driven smoothly,” Gigi emphasized. “Miller isn’t violent. One of the reasons why I wanted Zarco is to show that, even with a few changes in style, you can go fast with a bike like ours. Bagnaia, Bastianini, Marini are like newly opened books. I like them very much. They brought a breath of fresh air. We needed that, especially for someone as old as me.”