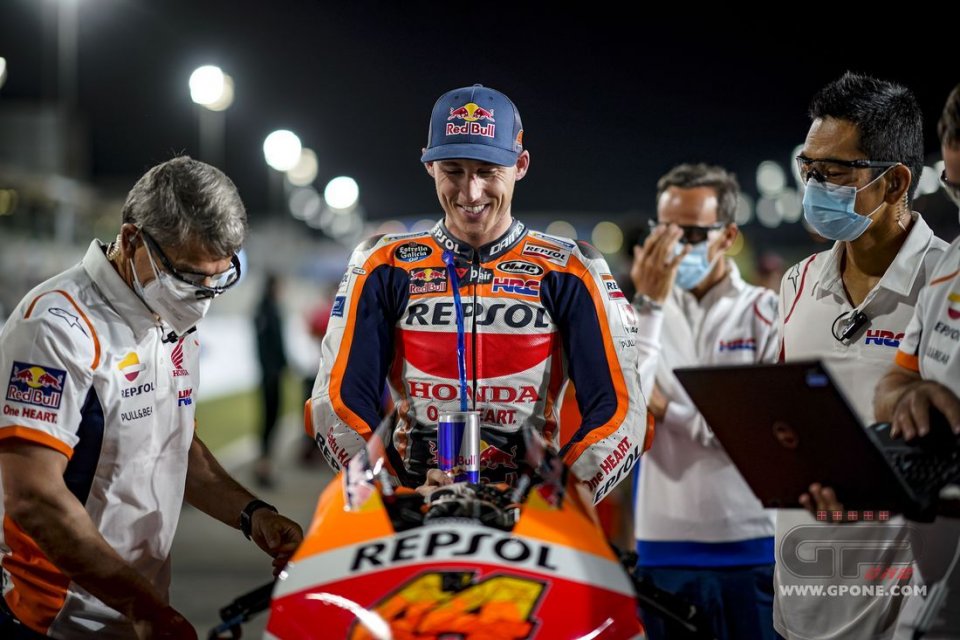 As was already foreseen, Honda will have to do without Marc Marquez also for the second Grand Prix in Qatar. As it waits for its spearhead to return to the track, the Repsol team will again rely on Stefan Bradl and newcomer Pol Espargarò.

The Spanish rider finished his first race on the RC213V in 8th place. A result that wasn’t that exciting, but still the best among the Honda riders, with Bradl 11th and the LCR duo that didn’t get to see the checkered flag. The first round helped him gain experience, and now he’ll have to take advantage of the opportunity to have a second GP on the same track.

“We get ready to go again", Pol said. “Last week, we had a positive start, but this is not the position we should be fighting for. The goal is to make another step this week and, now, having done a race, I am feeling much more prepared and have a clearer idea of what to expect. During the race, we were able to see our strengths and our weaknesses. We still need to work on Qualifying to be further ahead on the grid so we can have a better chance of a clean first lap. The journey has just started, and now it’s time to pick up the pace.”

Stefan has no big goals for the standings, but it would still be important to be able to get his Honda into a nobler position.

“Another week in Qatar. After last year, it feels quite normal to have two races at the same circuit,” the German tester commented. “ Certainly, Qualifying will be one major area to focus on alongside the normal jobs of a race weekend. If we can put together a solid weekend, the top ten is within our reach. Now that everyone has so much track time here, it will not be easy but we know our potential. I don’t want to leave anything on the table for this second race.”