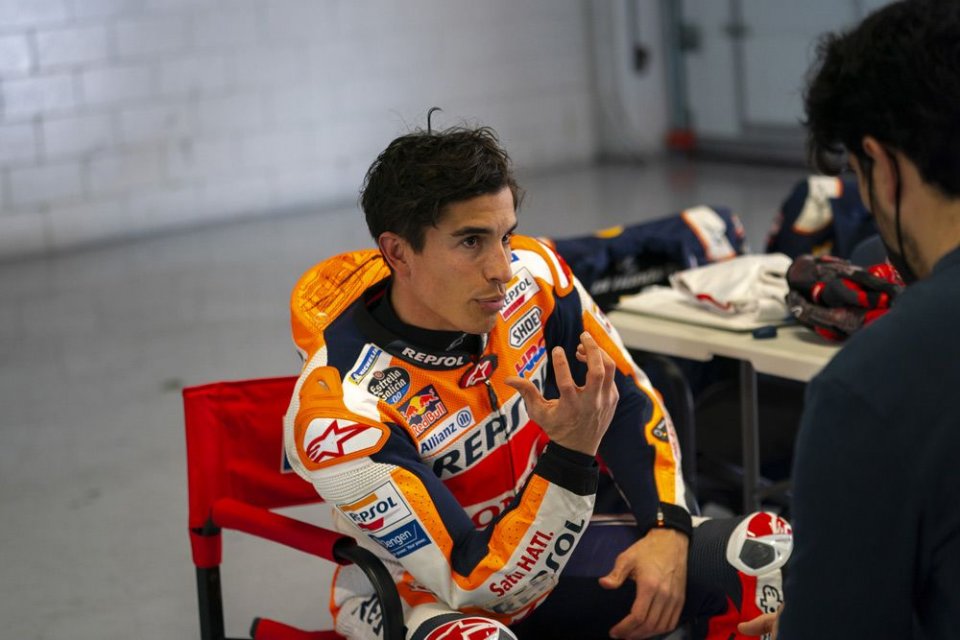 Marc Marquez will not be present in Qatar. Or rather, he will probably arrive in the next few days but it will only be a come-and-go visit for the second dose of vaccine and probably he will not even set foot in the Losail circuit. Only until a few days ago his participation in the Grand Prix seemed a foregone conclusion, but he will still have to wait. On 12 April he will have another medical check-up and we will know more then, but not even his presence in Portimao can be taken for granted.

The Spanish champion, after days testing in Barcelona and Portugal, seemed to be gearing up for his return to MotoGP, but the doctors were of an entirely different opinion. What happened? Let's go back to March 12, when Honda announced with an official statement that Marc had had the green light from the doctors to go back to training on the bike.

Marquez wasted no time, first a day in a kart track on a mini bike to check that everything was in place without stressing his arm, then he switched to heavier machinery, so to speak. He chose two fast and demanding World Championship tracks such as Montmeló and Portimao, he showed up with the RC213V-S (Honda's MotoGP road bike) and his crew chief Santi Hernandez in the garage.

How did it go? Well. Alberto Puig declared that "Marc was fast". And he also notched up the laps, reportedly 50 on all days. All OK then? From the rider’s point of view, yes, but from the doctors’, no. Quite simply, when the doctors gave him the green light they didn't think Marc would have meant it that way. He should have started riding in a more calm manner, not embarking immediately on a tour de force in preparation for the race. So, when the Madrid doctors who had operated on him heard about what Marquez was doing, they immediately advised him to dial his recovery back a bit.

After everything that happened after the first operation, his hasty return to Jerez, his second surgery and infection, Marc and his staff had decided to rely on professionals outside the world of sport. That means doctors not used to dealing with riders and their record recoveries, so they have and are treating Marquez like a 'normal' patient, without being in awe or having any fear of saying no to him.

"They’ve got balls" was how a person very close to the Spanish champion described them. So now he has to do as they say, at the cost of losing a few more races than expected. After all, now the most important thing is to get back on track in perfect condition, thinking only of riding his Honda the way he was used to, leaving all his bad thoughts buried in the past.