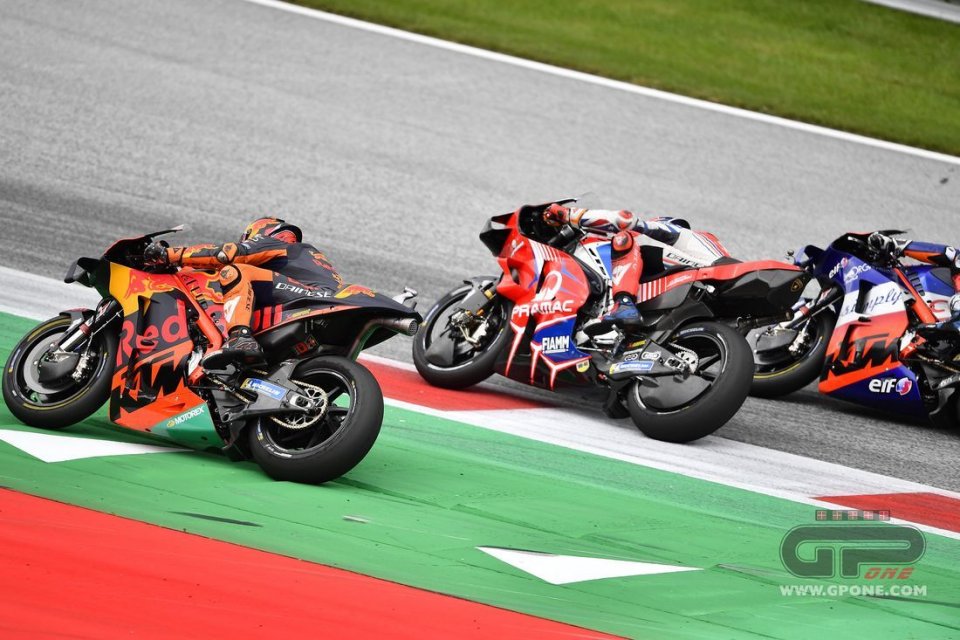 New year brings new penalties, or rather old ones but it will be easier to pick them up. The Race Direction has decided to be even more uncompromising in 2021 against those riders who go beyond the track limits. While last year you had to go out of bounds with both wheels to get a lap cancellation (in practice and qualifying) or a penalty (the Long Lap Penalty, in the race), from this season it will be sufficient to put only one outside the white line to receive a yellow card.

To check that no one goes off the track, sensors have been sunk into the asphalt on all tracks (an experiment begun a year ago), not in every curve but only in those where a clear advantage has been seen after going off the track. In addition, dedicated video cameras have also been placed.

When and how do riders get penalized? In practice and qualifying, the lap is cancelled when they go outside the limits of the track, while in the race the situation is a bit more complicated. Riders receive a warning after three infractions and after five they must take a Long Lap Penalty. However, the infringement is counted only if there has been a clear advantage, so it does not count in the event of an error or if you are pushed off by another rider. On the last lap, however, if the infringement affects the final result of the race (clearly generating an advantage) a rider may be penalized in terms of time or position.