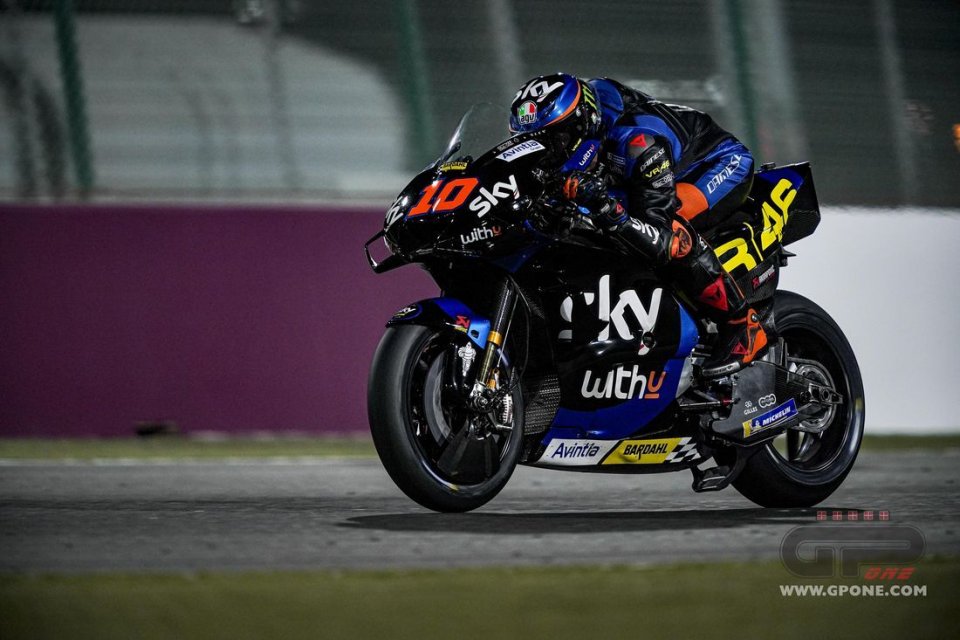 The Saudi Vision 2030 project enters the world championship and does so with Valentino Rossi's VR46. The project is a strategic framework that aims to reduce Saudi Arabia's dependence on oil, through a diversification of its economy and the development of sectors such as health, education, recreation and tourism.

Tanal Entertainment Sport & Media, the holding company of His Royal Highness Prince Abdulaziz bin Abdullah Al-Saud announced the inauguration of the sponsorship with VR46 Team, a company of Valentino Rossi.

Tanal Entertainment Sport & Media, together with international partners from South Korea and Italy, plays a special role in promoting Saudi Vision 2030, a hyper-technological program that deals with the management of the post-oil strategy of the Kingdom of Arabia Saudi and whose epicentre has cutting-edge projects in the field of sport and in that of motorsport in particular.

A plan in the name of innovation that involves the world of two wheels thanks to the collaboration between Tanal Entertainment Sport & Media and VR46 Team which provides for a sponsorship agreement in Moto GP and Moto 2 for the 2021 championship, with the aim of launching internationally the image of Saudi Arabia and its futurist Vision. An important partnership that is a prelude to the realization of further projects already under discussion.

The sponsorship between Tanal and VR46 also includes the promotion of two other brands already present in the world of motorsport:

- KSA New Cities with the logos of the projects of 3 new cities, including NEOM and Najima The Fantastic City, developed with the support of the Korean KMHG group and with the creative contribution of Italian and Saudi architects. The goal is to communicate to the world through sport, the mega green-hyper technological and carbon free projects, in which all the largest companies in the world are involved in Saudi Arabia.

- MAIC Technologies, a Saudi, Italian and Korean holding company for the implementation of industrial projects in the mobility sector, with the aim of creating new models of hybrid, electric and hydrogen vehicles and a research and development centre in the composite materials sector.

HRH Prince Abdulaziz bin Abdullah Al-Saud said: “We are very proud to announce this strategic partnership with VR46 Team. This project is part of a broader government program aimed at promoting the country of Saudi Arabia and the vision we have for the future and for sustainability. Through the association with racing projects we want to connect communication concepts that express our vision and philosophy on a new way of life and opportunities for the future. There is no better association for us than that with Valentino Rossi's VR46 Team to highlight these values. "

The Soft tyre in the front provides riders with a very good feeling and also a strong grip on maximum angle. The Medium front tyre could also be a...
3 hours 17 min ago

At the exit of Turn 5, Miller was observed to be riding slow on line, disturbing rider #12 and causing a safety concern. Same punishment for Baltus...
4 hours 4 min ago

Only two FPs in Japan due to logistical difficulties, applies to all classes but MotoGP FP1 will be 75 minutes long
2 days 8 hours ago