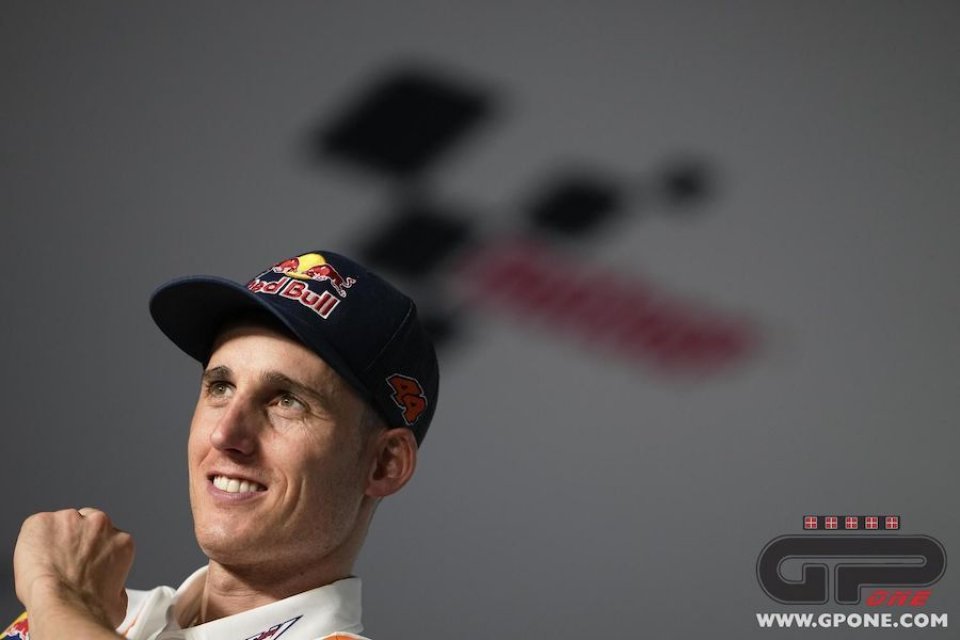 It was a complicated day with two faces for Pol Espargarò who today made his GP debut with Honda. The new rider of the team led by Alberto Puig was the protagonist of two crashes in the two free practice sessions on Friday, managing, however, to finish in the top 10 (in tenth place) and therefore, barring surprises, he has secured a place in Q2. In fact, in the FP3 session tomorrow afternoon, it will be difficult for the riders to improve the times set this evening.

"The crash in FP2 is the classic one that teaches you something - Pol said - I was searching for the limit, I wanted to enter the corner with a little more speed and I lost the front. I'm like a rookie on this Honda, I still have to understand it but it will get better ”.

As mentioned, Pol Espargarò had two crashes today, with the first one coming in the first free practice session.

"In FP1 there is always a problem on this track: we test in bad conditions that we won't find in qualifying or in the race and therefore we are putting on tyres that maybe we don’t like. The crash happened because of that, so it's okay, it didn't worry me too much ”.

Pol Espargarò, therefore, still feels like a rookie on the Honda, a bike that is very different in philosophy to the KTM that he has ridden in the last four years. Is the trellis frame of the Austrian bike noticeably different from the twin-tube frame of the RC213V?

"Yes, you can feel the difference a bit but it's more an overall change. I have to change my way of riding and this puts me in trouble when, for example, I'm looking for the limit. Of course, today was the first day and I'm half a second behind the first and already virtually in Q2 but I want to go faster and now I feel I don't have control of all the situations that happen in one lap ”.

“For example in the tests I was losing time in turns 10 and 11 while today I did well there and I was slower in the first sector, where I was strong two weeks ago. Obviously the conditions are different from those of the tests but this is what I mean when I talk about not being able to better control the situation. Every now and then I go a little wide in one point, a little long in another, etc ... ".

We saw you with the lowering device of the bike. Are you getting used to using it?

"Yes, I used it today but it is not very easy. Obviously it cannot be operated in all curves because in some points of the track I’m not in the correct position to be able to do so. However, that's the way it is for everyone, not just the Honda. It is a device that can improve performance very little but that little can make a difference in MotoGP ”.