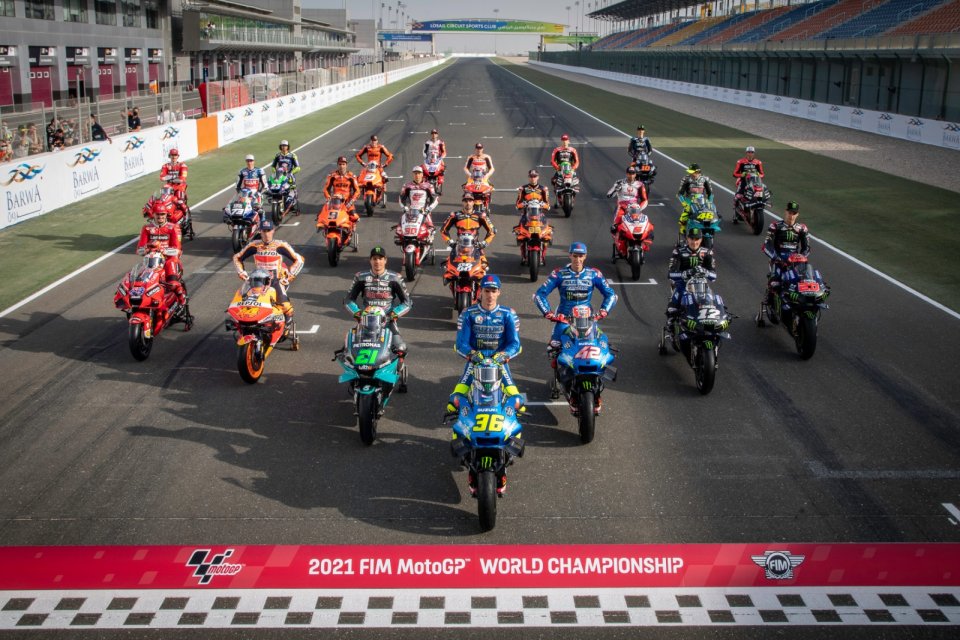 The 2021 MotoGP season kicks off in Losail, but someone important is missing: Marc Marquez. Inexplicably, after two tests on the track, in Barcelona and Portimao, the doctors advised him not to risk it. So Magic Marc will watch his teammates sitting on his couch at home, with the hope of trying to return for the Portimao round, scheduled for April.

Magic Marc’s absence has certainly not gone unnoticed, so much so that his colleagues have their opinion on the matter. Valentino Rossi: “It’s difficult to judge from the outside,” #46 commented. “He definitely wants to come back, since he tried again last year. However, we saw that  he wasn’t ready then yet, and he still isn’t. Personally, I hope he’ll  come back soon and be competitive right away.”

Joan Mir was also taken off guard by the Spanish rider’s absence: “I’m surprised by Marc’s absence,”  the world champion commented. “I saw him test, and I was convinced he’d come here to Qatar to race. The fact of not being there will definitely not be good for him, given that these are two important races to be able to get back into the rhythm on the bike. So starting in Portimao could be more complicated, even from a world championship perspective. He certainly knows what the situation is.”

Even Pol Espargarò intervened: “Marc is following the doctors’ instructions, and we’re waiting for him. It’ll be useful for everyone to have him on the track, especially for me, since I’m his teammate this year.” His brother Aleix thinks the same: “We all know Marc, and we’re sorry he’s not here with us, since this is the world championship and one of the world champions is missing. I hope to see him again soon.”

Then there’s Jack Miller: “As we all know, if the doctor tells him he can’t race, it’s normal for him to stay home. When he’s fit, I’m convinced we’ll see him again, and he’ll be competitive. Not taking part in the two races will definitely mean giving up important points for the title.”

Marc’s ordeal seems never-ending, and Fabio Quartararo  stated: “I think Marc’s priority is to get back in top form. Maybe, in the beginning, he’ll struggle, but I expect him to be competitive.”