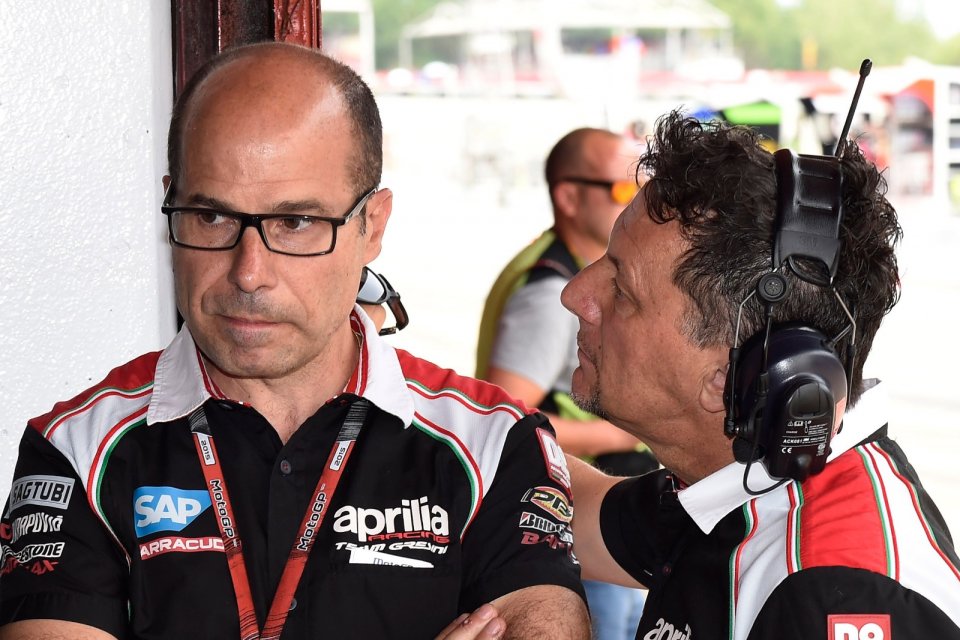 A very special season is about to get underway for the Gresini team, the first without its founder and driving force. The legacy left by Fausto is vast and precious, a structure that competes in all classes of the world championship, including MotoE, as well as in the CIV. A team that is now looking to its future, as Carlo Merlini, Gresini’s long-standing right-hand man, explained to us in Losail, the venue for the first round of the championship.

"It is a different season, there is the emotional void for a friend who no longer exists and there is the void for what the figure of Fausto represented within the team - he said - He was an entrepreneur, a team manager, he managed the people and the riders, he was the frontman, the one who gave direction. If I were to say that we were not missing him, I would be telling a lie, it is a huge void ”.

How are you carrying out his work?

“We are in daily contact with the family. The 2021 season was already prepared and is moving forward, but at some point we began to ask ourselves a few questions. The family has decided to continue the projects, because the desire exists to follow up on Fausto's dream and I think it is right that his children are increasingly integrated into the family business, because it could represent his future. I am referring to Luca, who had raced in the CIV, whom we will see in the Grand Prix, and Lorenzo, who will be more integrated in the administrative area. It is important to have some Gresini inside the company ".

Is there any possibility of turning to an outside manager to manage the facility?

"It is not an urgent need for 2021, also because the Aprilia project is the most important one and there is a manufacturer behind it. By the time we have this new chapter to write in 2022, there will be some positions we need to cover. So it is a possibility that I do not rule out ”.

Gresini Racing races in all classes of the world championship, including MotoE, as well as in the CIV. Will all programs be confirmed?

“The beauty of our company was the great passion of Fausto, who had always lived in this world, first as a mechanic, then as a rider and finally as a team manager. So when there was an opportunity to start a new project, like in 2010 with Moto2, in 2021 with Moto3 and more recently with MotoE, it worked like this: Fausto said 'how nice' and we set off. In more traditional companies, business plans are made, instead we first decided to start and then all the pieces were put together. It was our beauty and our strength, everything started from passion. It was thanks to a former rider who learned to be an entrepreneur and to manage a company with more than 60 people, an important turnover and is present in 4 world categories. This was Fausto's passion and it is the reason why we have a structure like this ".

Looking to 2022, will the relationship with Aprilia end?

“Decision times are short, both from the team's and the constructor's point of view. Right now we are talking to everyone, evaluating all the options available. Among these there is also Aprilia, they would like to have a satellite team and they asked us if we want to continue with them ".

What would be the alternatives: Ducati or Suzuki?

“There are some, I would say three others. This is the moment in which you have to put them on the table and make all the evaluations of a technical, sporting and economic nature ”.

Are you more likely to continue with an Italian bike, whatever it might be, or to switch to a Japanese one?

“I find it hard to answer at the moment, we are excluding no one, ours is a technical and sporting evaluation. We want to have a package that gives Gresini Racing the best future prospects ”.

What do you expect from this season instead?

“It will be a very important year. The Moto3 project is the continuation of the 2020 one, Rodrigo is very fast and he was missing something just to realize his speed and we are confident that he can have his say in the matter. With Alcoba we start from the end of last year, from his first podium at the last race and the title of Rookie of the Year, we think he is one of the most promising young guys in Moto3 ".

In Moto2 you have two Italians…

“It was the project in which we put our greatest efforts, I am not saying that we have revolutionized it but almost. We intervened on all fronts because we wanted to bring the team more in line with our ambitions and those of the sponsors who support us. We have strengthened the line up with Di Giannantonio who fought for podiums and race wins in 2020 and we hope that this year he will be able to aim for the top positions in the standings, in our opinion he is not lacking in anything. Bulega has shown that he has taken a step forward in testing and there have been important changes in the team as well ”.

Then there is MotoGP, with the arrival of Dovizioso at least for one test…

"It gives us a lot of pleasure, also because it is a demonstration that Aprilia shows credit for a rider who has achieved important results. The fact that Dovi decided to take part in a test means that he was curious to ride the bike and that's important for us. What happens next will probably also depend on how this test goes ”.

And let’s finish with MotoE…

"We were champions in the first year and runner-up in 2020. It is a project that embraces a new type of mobility, it is a direction in which the motorcycle manufacturers are moving and we are pleased to show our sensitivity on these issues".

Tech 3 team welcomes back Hector Garzo to MotoE for 2022