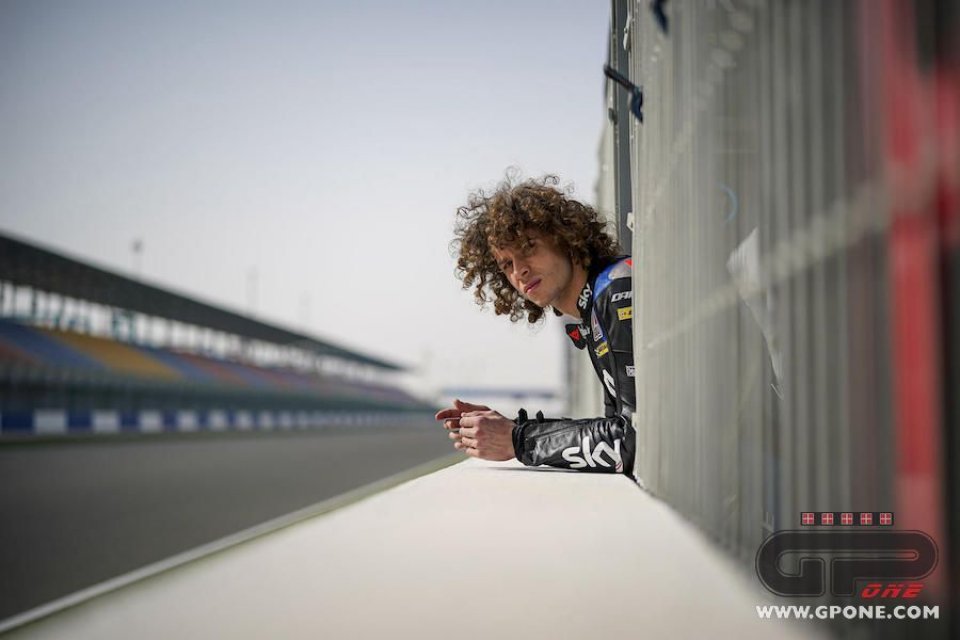 The world championship is finally about to restart. From Friday, in fact, the riders of the three classes will take to the track in Losail for the first free practice session of the season and on Sunday they will battle in the race for the first 25 points of 2021. Every point counts, in every category, but in Moto2, where balance is the name of the game with really small gaps between all the riders, perhaps the points count for something more. The fight in the world championship will be fierce and wide-open and one of the candidates to take home the crown is certainly Marco Bezzecchi, in his third season in Moto2, the second with the Sky Racing Team VR46. Bez, do you feel a bit the favourite with Lowes?

"At the moment it seems that he is in front of me - Bezzecchi told us in a video interview - If we look at the 2020 ranking, Bastianini and Marini have left, he is there and then I’m right behind him. I hope it will be a good fight but there won't be just the two of us”.

Last week, however, you finished first and second in the tests. How did the first three days in Qatar go?

"I would say very well apart from the first day when I felt a little tired after getting the vaccine. In the next few days we tried to work at the times we will race during the weekend. A lot of riders did the time attack but I managed to stay second with my race simulation time ”.

Last year your teammate was Luca Marini who, perhaps, at the beginning of the season started a bit ahead of you in the team's prospects. Now, however, you are the one starting ahead of Celestino Vietti. Do you feel you have something more to lose?

“Celestino is a rookie but he will be quickly be among the best. Looking at his data you can see that he lacks a bit of speed but from the riding point of view he is in really good shape, he just needs to sort out a bit of fine-tuning. In our team there is no first or second rider, obviously the team has more expectations in me because I have experience but this is the price to pay when you go fast. "

Bezzecchi: "I'm looking at the Aprilia but not only. Dovizioso tester would be a good move" 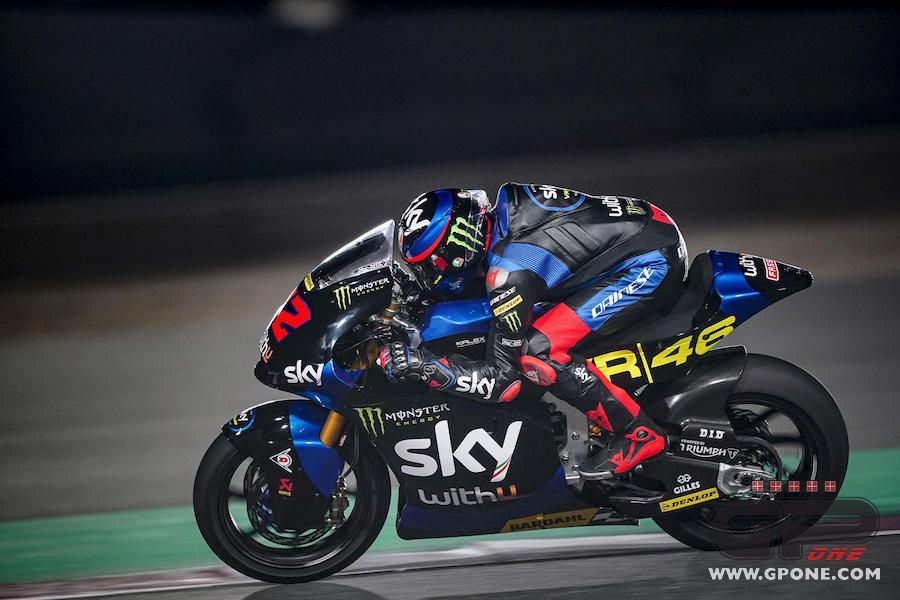 Let's talk a bit about MotoGP. Last year there was interest from Aprilia to take you to the top class, are you following the RS-GP closely? During the tests they went better than last season and the hiring of Dovizioso as a tester could take the bike to an even higher level. What do you think about it? Will we see an all-Italian pairing of Bezzecchi-Aprilia?

“I don't know, for now I'm focusing on the Kalex. Obviously, I follow MotoGP and take a look at the Aprilia as I do with the other bikes. In the tests, the RS-GP surprised everyone but we will have to see if it will be confirmed in the race, but certainly taking Dovizioso would be a good move ”.

We have a lot of Italians in the top class this season. The most on form and ready to win races and fight for the world championship seem to be Morbidelli and Bagnaia, both of them your friends. Who would you cheer for in a scrap at Mugello?

"It's difficult to choose. Morbidelli is the one on the best form, last year he won three races and for the moment I would say it’s him. The Ducati, however, is very strong and Pecco is an animal, so perhaps in a scrap at Mugello ... "

What about Marc Marquez… we all expected to see him on track in Qatar, but in the end he won't be there. Is the world championship worth less without him?

"Absolutely not. Last year the championship was even more fun than usual with so many different winners and battles in each race and maybe we would have had even more fun with him. However, all those who expected him to be here were mistaken. Maybe you don't realize the severity of his fracture and the fatigue that goes into riding a MotoGP bike. If he had tried to race here in Qatar he would have been crazy, but he is an intelligent person with a very professional staff. He already risked too much last year ”.

Marco, between tests and Grands Prix you will be in the Doha bubble for almost a month. How are you experiencing that?

“It’s a bit of a pain, it’s hard to arrive at the night especially on days when you don't go to the track. Fortunately, they opened the swimming pool for us and it is an incredible step forward because Vietti and I were ruining our eyesight on the PlayStation because there is nothing else to do. We are all in PlayStation mood: me, Vietti, Migno, Antonelli, Manzi we all brought it. These days we have added motorsport to our game package, but we’re always playing Call Of Duty”.