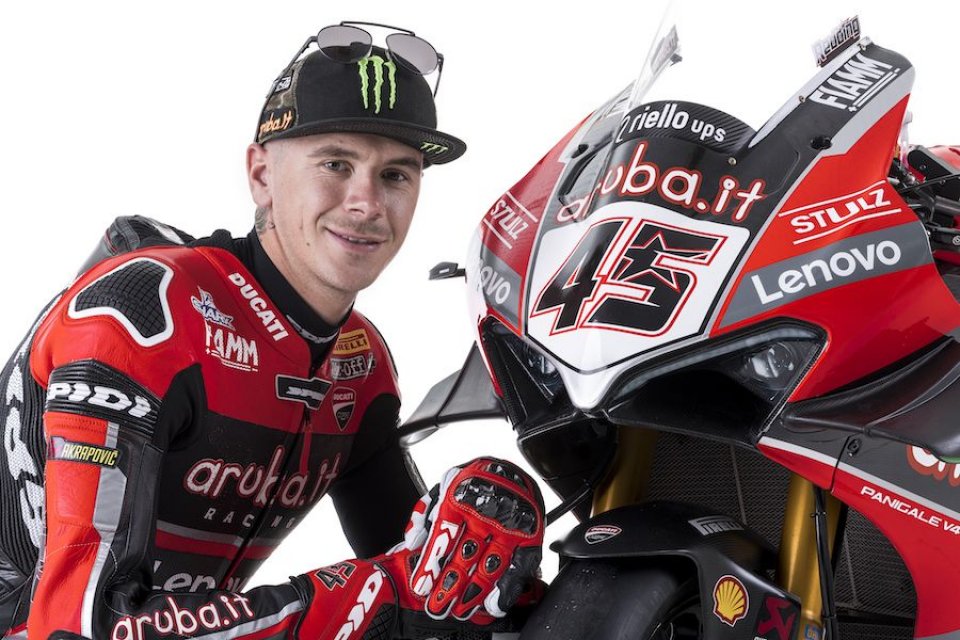 The 2021 WorldSBK season of the Aruba.it Racing - Ducati team officially kicked off today with the  online presentation of the team and liveries of the two Ducati Panigale V4 Rs, Scott Redding’s and Michael Ruben Rinaldi’s.

The English rider is in his second season with the team and, after fighting for the World Champion title until the last round of 2020, he’ll be looking to do even better against Jonathan Rea this year.

“Last season was very emotional for me,” Scott said. “The great support from Ducati and the extraordinary relationship with the Aruba.it team were very important and gave me a deep desire to be competitive and win again. That’s why I’ll do my best to take that step we missed last year. I’m convinced that I can do well, also because I had the opportunity to gain a lot of experience with the Panigale V4R last season, to learn new circuits, understand the format of an exciting competition like the WorldSBK. This will allow me to start on par with my opponents in 2021. I thank all the guys on the team who work hard every day. I can tell the fans that I’ll try to entertain them on the track with the aim of celebrating together at the end.”

Joining the British rider will be Michael Ruban Rinaldi, straight out of an excellent season in which he reached his first WorldSBK victory at the Aragón circuit. Rinaldi’s can be considered a return to the Aruba team after the Superstock 1000 title won in 2017 with the Aruba Junior Team.

“In 2020, I got my first WorldSBK win. A great memory,” he said. “But now the goals are higher, and I’ll do my best to achieve great results with the Aruba.it Racing - Ducati team. After winning the Superstock 1000 with the Aruba Junior team, it’s like coming home for me, with my family. It’s a great honor to wear these colors, and this makes me very proud, like I think it makes all the guys on the team proud, because it means that the path we’ve taken has been positive. Joining the official team also means having all the support of Ducati, the guys on the track, and everyone who works in Borgo Panigale. I’d like to tell my team that I’ll do everything to keep them entertained during the 2021 season, while I ask the fans to continue supporting us even if there are difficult moments because, thanks to their affection, we’ll be able to overcome them.”