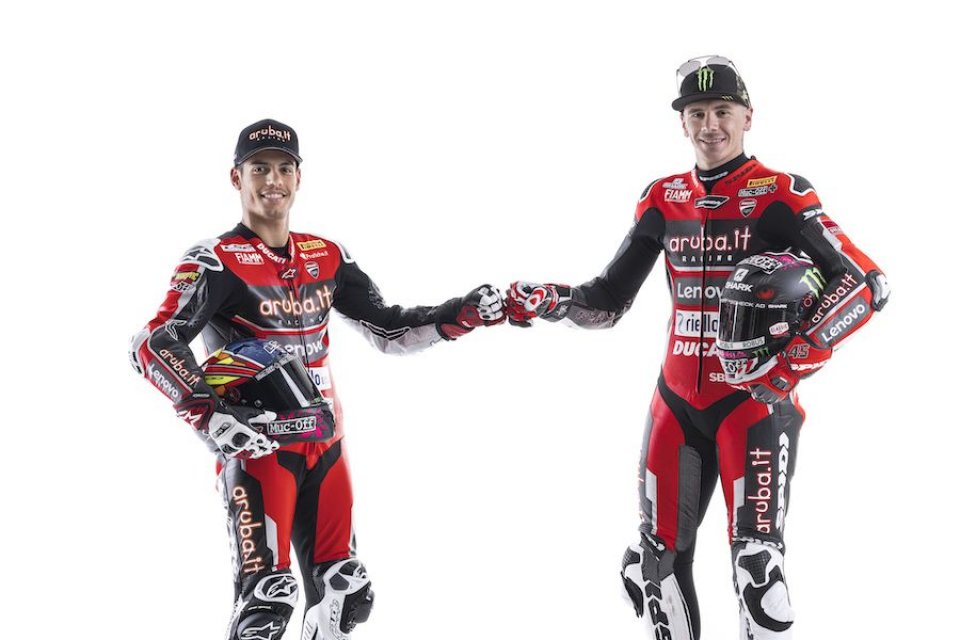 Following six years of Rea-Kawasaki domination in Ducati, for the 2021 season the aim is for the world championship title. After four seasons in which it finished in second place in the standings, first with Chaz Davies and then with Bautista and Redding, the Borgo Panigale manufacturer will try to win the SBK world championship in 2021, again with Redding as the benchmark rider in the garage and with Rinaldi at his side.

"The 2020 season has been exciting – said Gigi Dall’Igna - and to see both of our riders fighting for top positions is a source of great satisfaction and pride for all of Ducati Corse. This year, with Scott and Michael, I'm sure we'll be very competitive and that we'll be able to take another step forward and further improve our bikes' performance. I'm asking the team to give it their all, as always, and I believe that together we can achieve extraordinary results".

As has been the case for several years now, the synergy between Ducati and Stefano Cecconi's Aruba team continues.

"Since 2015, we have officially represented Ducati in the Superbike World Championship, and our results have grown steadily to the second and third place obtained with Scott and Chaz last season – said Stefano Cecconi, Aruba CEO and team principal - Our goal is to take that final step forward to reach the target we have set ourselves since the beginning of this adventure. After last year's surprising debut, in 2021, we expect Redding to bring out his full potential. On the other hand, Rinaldi has had a long journey, including winning the Superstock 1000 title. It is a great satisfaction for us to see him in the factory team, and in light of his extremely convincing season with a private team in 2020, we hope he can do even better this year. I want to wish the team and the riders the best of luck for this season which, given the moment we're experiencing, won't be easy from a logistical point of view. Finally, my thoughts go out to all the fans: in the first few races, they probably won't be able to be with us at the track, and we will certainly miss them. However, we're sure that they will follow us from home, giving us all the warmth and affection that they have always given us over the years".

Domenicali: " The V4 R is one of the closest road bikes to a real racing bike "

Title victory in the SBK championship, however, has been missing for far too long at Borgo Panigale, with in fact 10 years going by since Ducati's last world championship success when Carlos Checa won on the 1198R. The Panigale V4 R was designed to win and SBK is a central project for Ducati, as also declared by Claudio Domenicali.

"Ducati has been participating in the Superbike World Championship since its creation in 1988, and excitement is always high at the start of a new season. The Panigale V4 R is absolutely one of the closest road bikes to a real racing bike, and the fact that such a high-performance product is available to all enthusiasts makes us very proud. There is a strong union with Aruba.it, our long-standing partner, and a very important technological collaboration that starts on track and expands into the corporate digital and IT processes. With this in mind and supported by the talent of our riders Scott Redding and Michael Rinaldi, who are true ambassadors of our brand, we look forward to the start of the 2021 season with optimism".